The doxology was held for the start of the new academic year of the Saint Andrew’s Greek Orthodox Theological College at the Cathedral of the Annunciation of Our Lady in Redford, Sydney, on Thursday, February 27.

Archbishop Makarios of Australia, who is also the dean of the Theological College, presided over the doxology.

In his speech, which was entitled “How to tell the difference between God’s and Life’s calling,” Archbishop Makarios analyzed how students moved towards theology for different reasons, but they were all ultimately guided by the Divine Providence. God’s calling is related to their life’s calling, whether it’s called either priesthood, or teaching, or social care. The students are called upon to study at their new home, the Theological College, to follow God’s calling, and serve the Orthodox Church for their own salvation and the salvation of the world.

The President of AHEPA NSW, Vasileios Skandalakis, presented the Archbishop with a $ 10,000 check as a donation to the Theological College, which the College will receive for the next ten years. 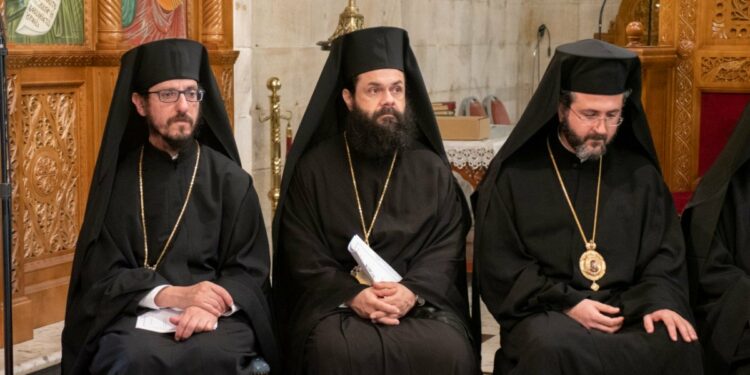