The Greek Orthodox Community of Megalo Revma in Constantinople with great joy announced that on Tuesday, November 15, the decision of the European Court of Human Rights (ECHR) was issued and immediately communicated, regarding a claimed plot of land of the Community in the area of Toumpos Megalo Revma.

“The decision was in favor of our Community’s appeal and is a great moral vindication after a long legal battle”, noted in a related announcement and pointed out: “It also justifies our belief that expatriate communities must claim in all legal ways and in all their rights to the property bequeathed to us by our forefathers.’

The members of the Megalo Revma Community reserve the right to study the decision and then take the appropriate actions and further inform the Community. 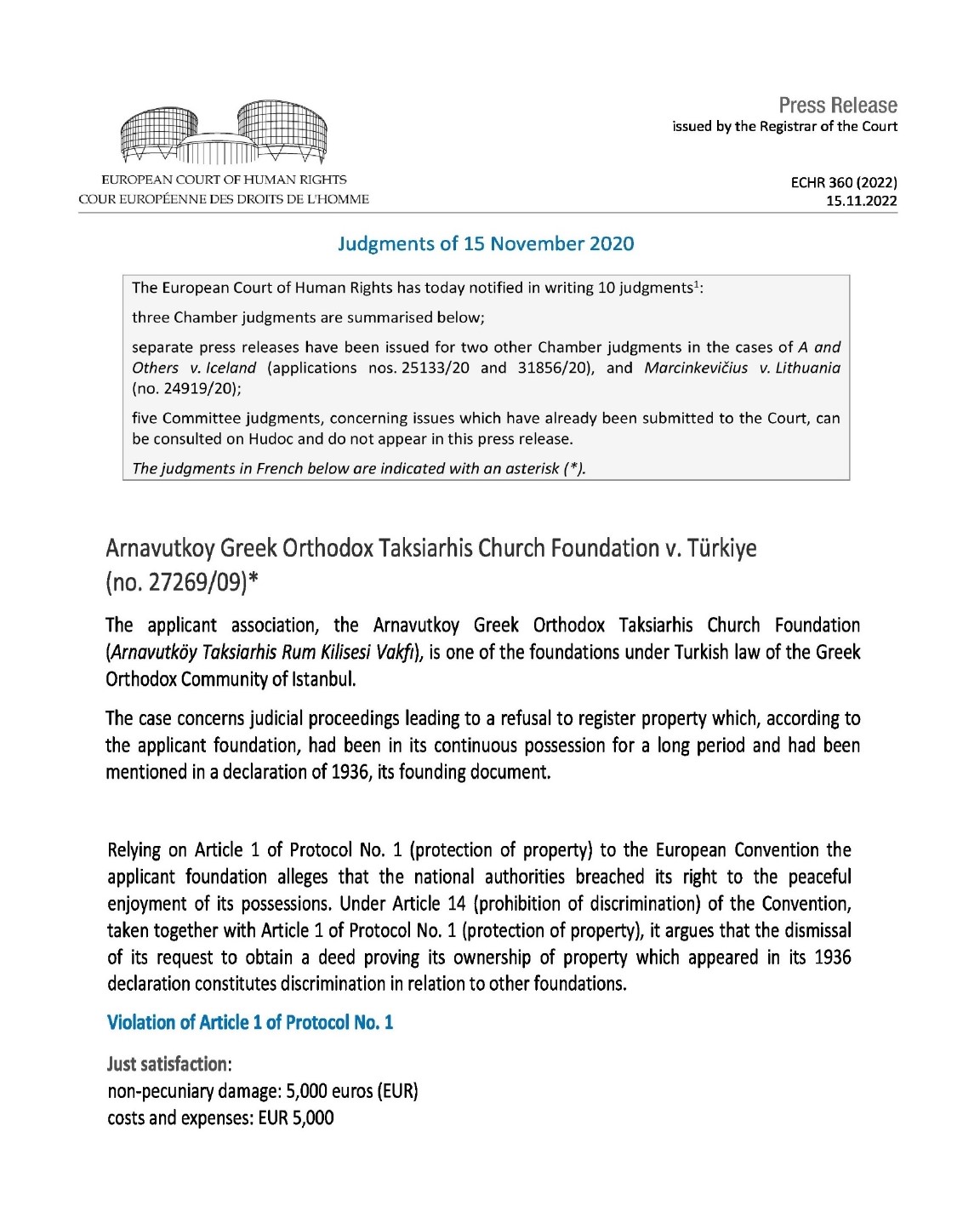