On Sunday, January 9, 2022, in the Holy Church of Saints Archangels Michael And Gabriel in Brussels, the Vespers was celebrated followed by the cutting of the new year’s vasilopita of the Holy Metropolis of Belgium.

Metropolitan Athenagoras of Belgium, Exarch of the Netherlands and Luxemburg, presided over the Vespers along with Bishop Joachim of Apolloniada, while Archbishop Georgios Kourieh of the Jacobite Syrian Christian Church attended the service.

At the end of the service, Metropolitan Athenagoras praised God, for allowing us to worship and glorify him in open Churches. As He mentioned through his speech: “Especially in the countries in which we live in, there are many possibilities but people, even the Orthodox, are indifferent to God and the life of the Church, thus losing “the common thread of our life, that of life in Christ, life within the Church.” Thus, He invited all believers to intensify their spiritual struggle in order for our unfaithful brothers to be inducted into the ecclesiastical life.

He also pleaded that we continue united in dealing with the pandemic by following the imposed measures by the health authorities as it is not our faith, but the faithful people who are actually at risk of the coronavirus. Thus, as He stated: “Instead of whining, it is better to pray and protect each other.”

This event was honored by the presence of the Vice President of the European Commission Margaritis Schoinas, the Consul General of Greece in Belgium Vassilios Zarbalis, representing the Permanent Representation of Greece to the European Union, its First Counsel Antonios Papados, Military Representatives of Greece in NATO led by Admiral Ioannis Pavlopoulos and Archon Advocate George Petrou.

At the last minute, and while their arrival was expected, Bishop Dositheos of the Patriarchate of Georgia and the Ambassador of Greece in Belgium Dionysios Kalavrezos notified that they were unable to attend.

The Metropolitan then cut the new year’s vasilopita and distributed it to those present. 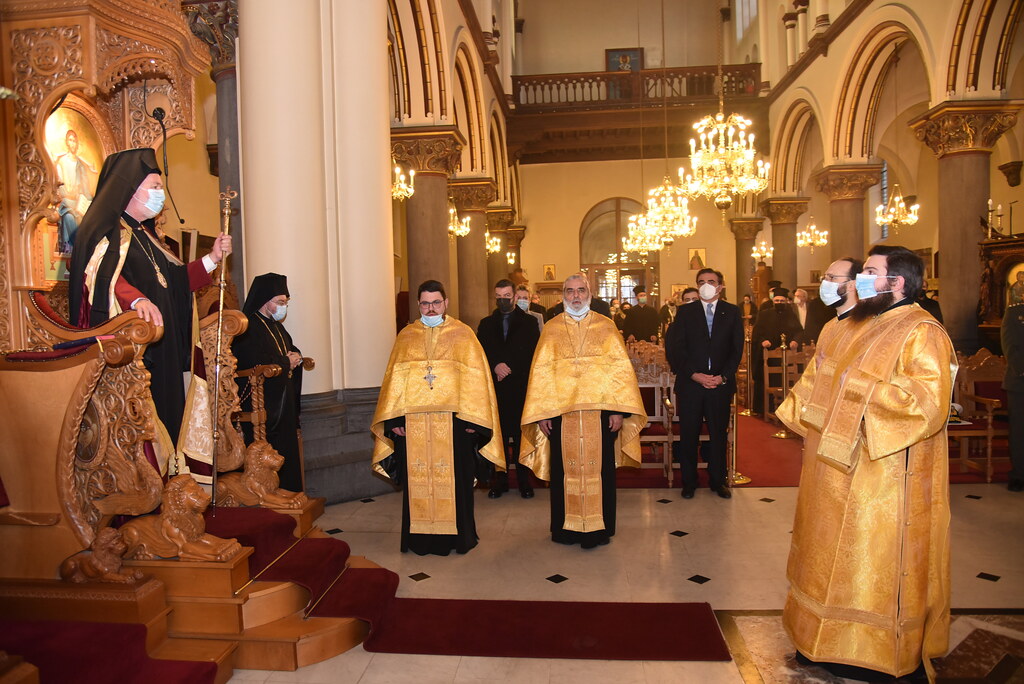 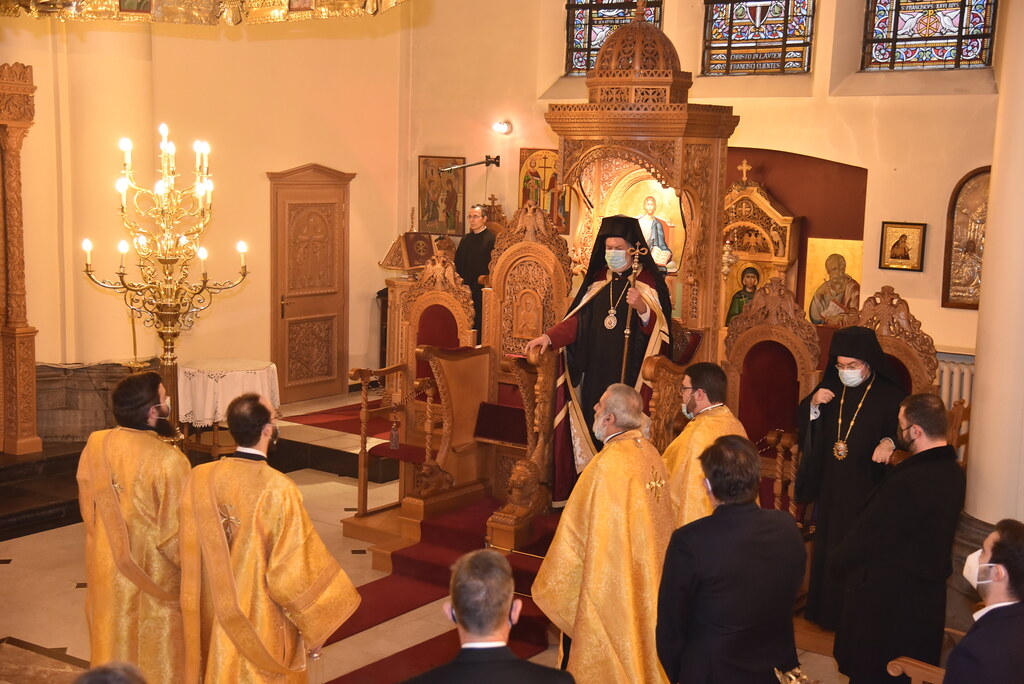 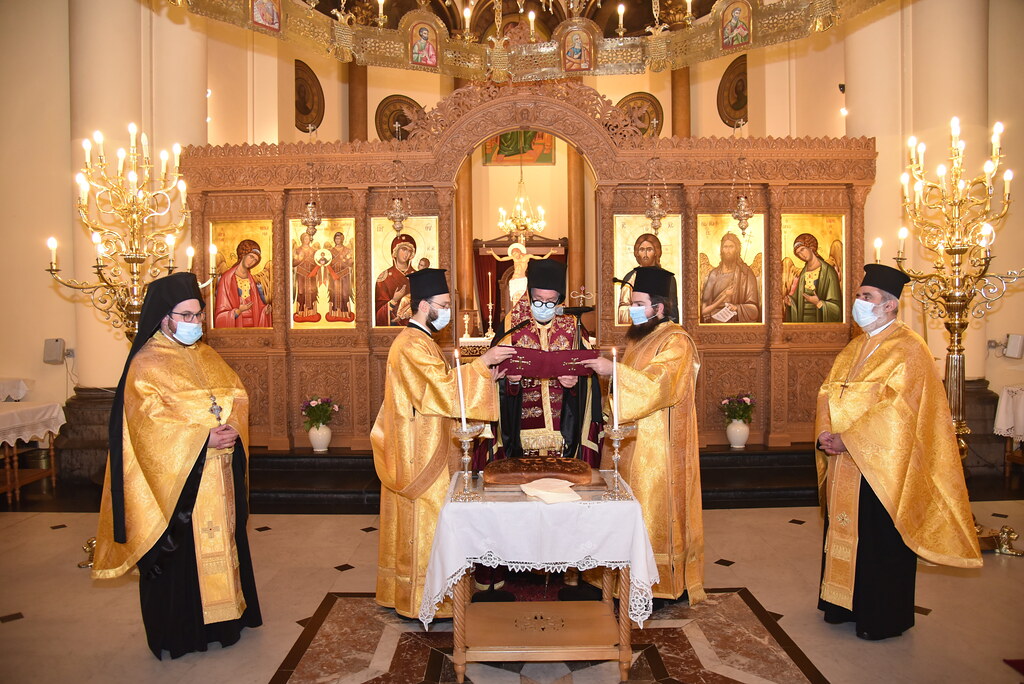 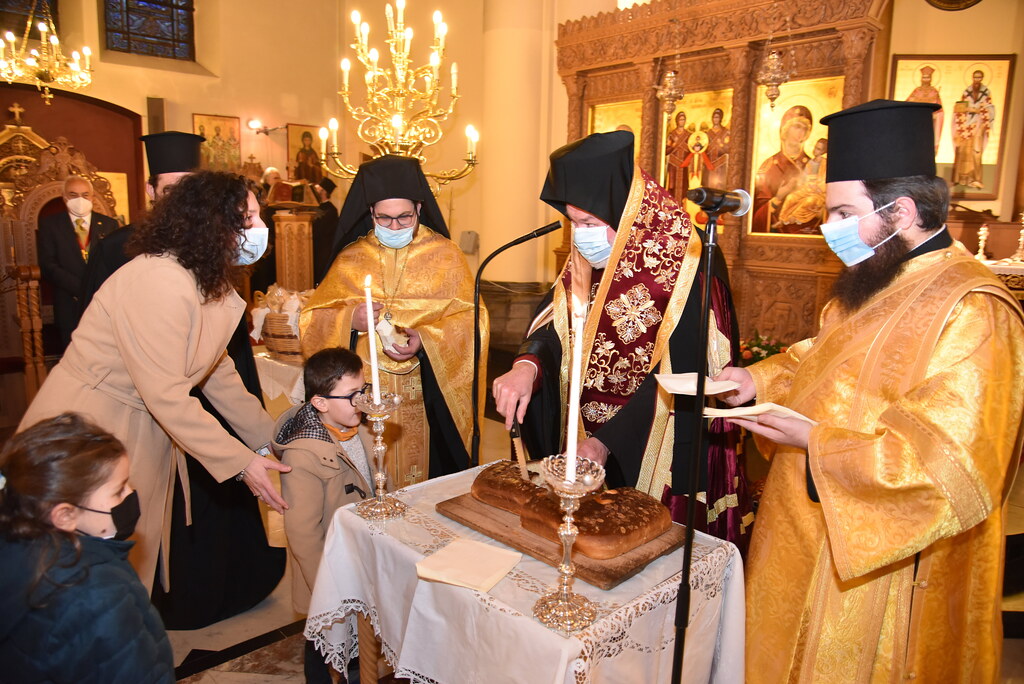 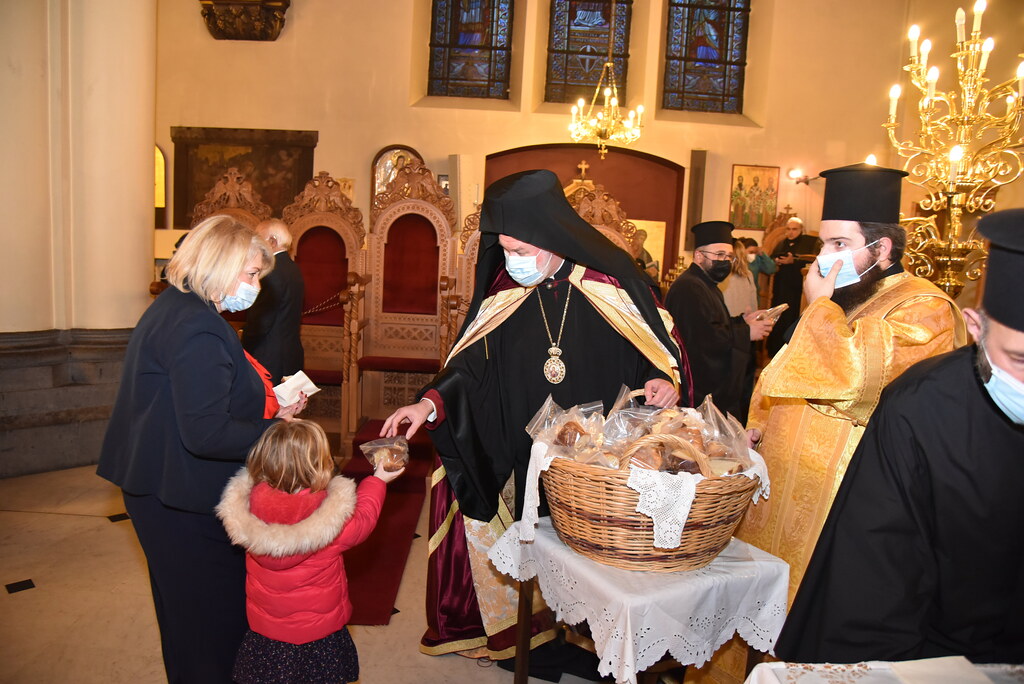 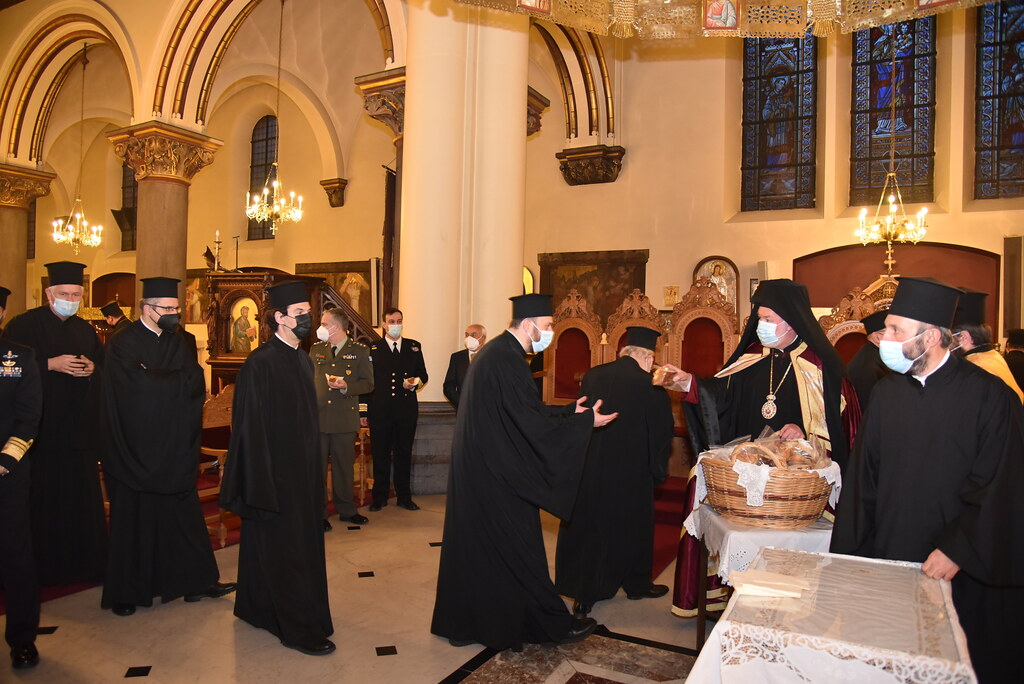 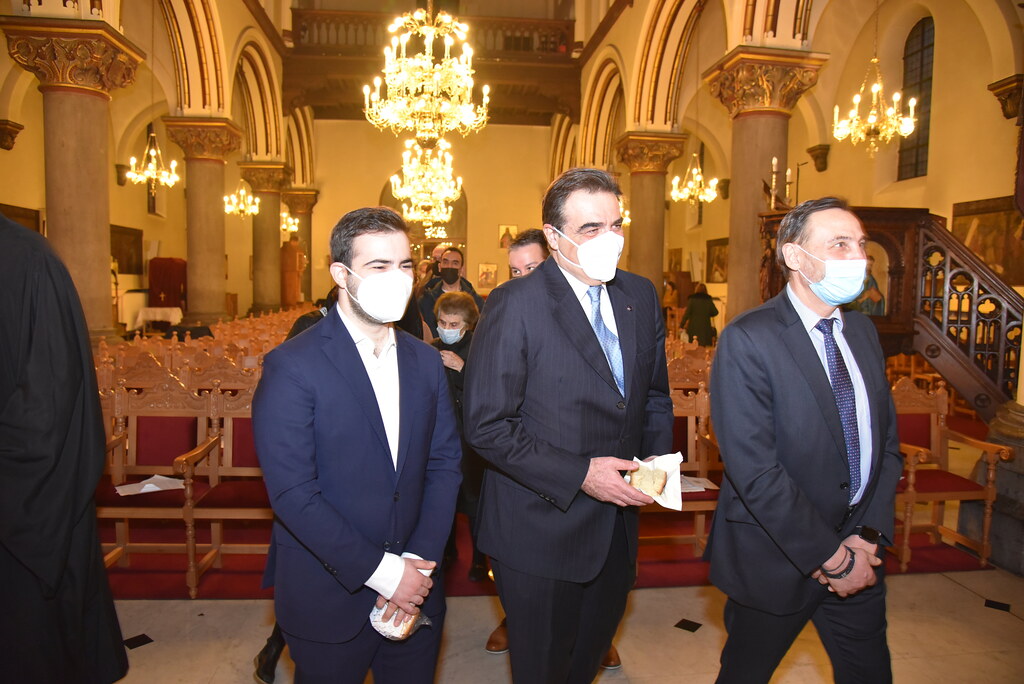 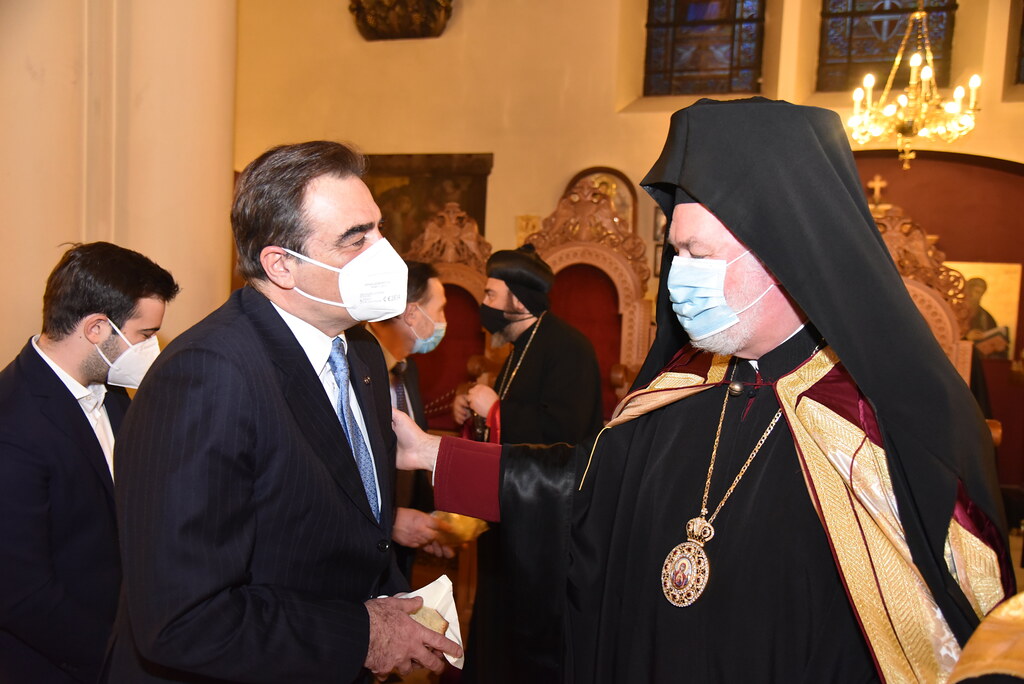 The “Easter of Summer” in the Holy Metropolis of Belgium

Metropolitan of Banat celebrated his name day eating with the homeless