Co-liturgy for the 100th Anniversary of the Pontian Greek Genocide

On Sunday, May 19, in the morning, at the Holy Pilgrimage of Panagia Soumela at Mount Vermio, there was held an Archieratic Divine Liturgy and a memorial Service for the 100th Anniversary of the Genocide of Pontian Greeks, in the presence of local authorities and a crowd of faithful.

Metropolitan Pavlos of Servia and Kozani presided the Sacred Service, assisted by Metropolitan Paulos οf Drama, who officiated the Orthros as well, Chariton of Elassona, Bishop Dimitrios of Thermes, and Metropolitan Panteleimon of Veroia, Naousa and Kampania, who preached the Divine Word and, at the end of the Sacred Liturgy, gave an anniversary speech on Genocide. 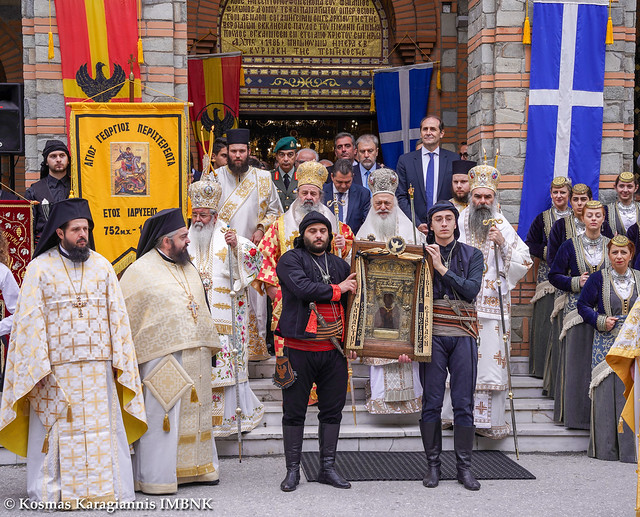 In the yard of the Church there followed the polemic dance “Serra” (Pontic Greek war dance of ancient Greek origin), in memory of the victims, and the litany of the Holy Icon of Panagia Soumela.

Afterwards, exequies were performed to commemorate the victims of the Genocide, and the event ended with a wreath laying at the Monument of Genocide, where the bones of Captain Eucleidis, chieftain of Pontus, are preserved. 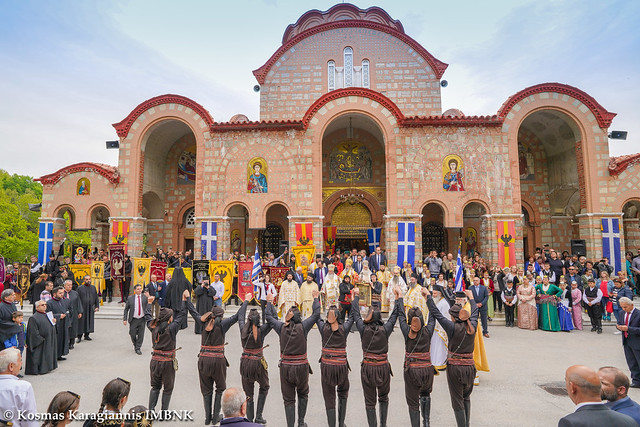 Greek President: We must fight for International Recognition of Pontian Genocide

One hundred years since the Genocide of the Greeks of Pontus

Archbishop on Pontian Genocide: It is our duty to remember the victims, and pray for them