Christmas was celebrated at Holy Archdiocese of Qatar

Christmas was celebrated in Doha of Qatar amidst the current pandemic.

On Thursday evening, Vespers was followed by Matins and then the Divine Liturgy in the Arabic and English languages.

On Friday morning, Matins and the Divine Liturgy were celebrated in the Arabic, Greek and Romanian languages, at the presence of the Ambassador of Moldavia in Doha, Mr Victor Tvirtsun, and the Defence Attache’ of the Embassy of Greece, Colonel Kyriakos Dimitrakoulas. Due to covid-19, only one hundred and fifty faithful Christians are allowed to participate in the services inside the Holy Cathedral of Saint Isaac the Syriac. The other faithful who came and exceeded this number participated in the Matins and the Divine Liturgy that was held by Priest Demetrios at the Chapel of the Dormition.

On Wednesday, Matins was held, the Royal Hours were read, and then Vespers and the Divine Liturgy of Saint Basil the Great were celebrated. Likewise, in the evening, Matins and the Divine Liturgy were celebrated in the Slavonic and Serbian languages, with the participation of the Ambassador of Serbia in Doha, Mr Yasminko Pozderatch, and many faithful.

The services were led by Archbishop Makarios of Qatar, with the co-celebration of Priest Demetrios. The Christmas Message of the Patriarch of Jerusalem Theophilos III was read in the languages the Divine Liturgy was held at each time, and the chanting of the choir was also delivered in the same languages. 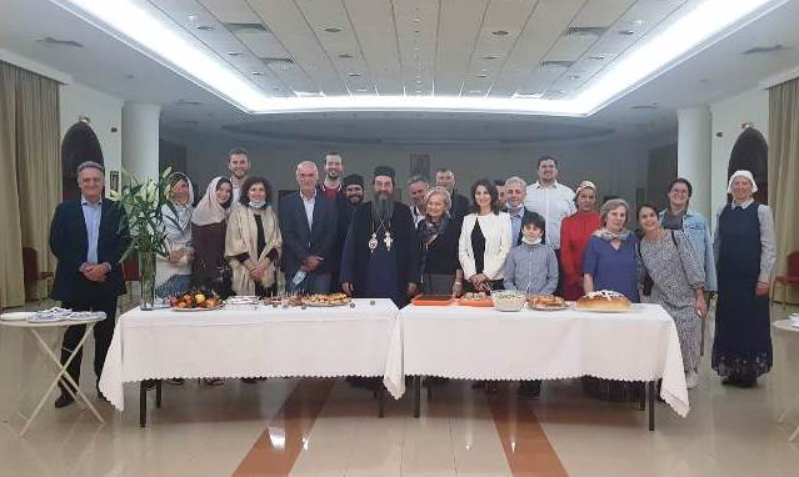 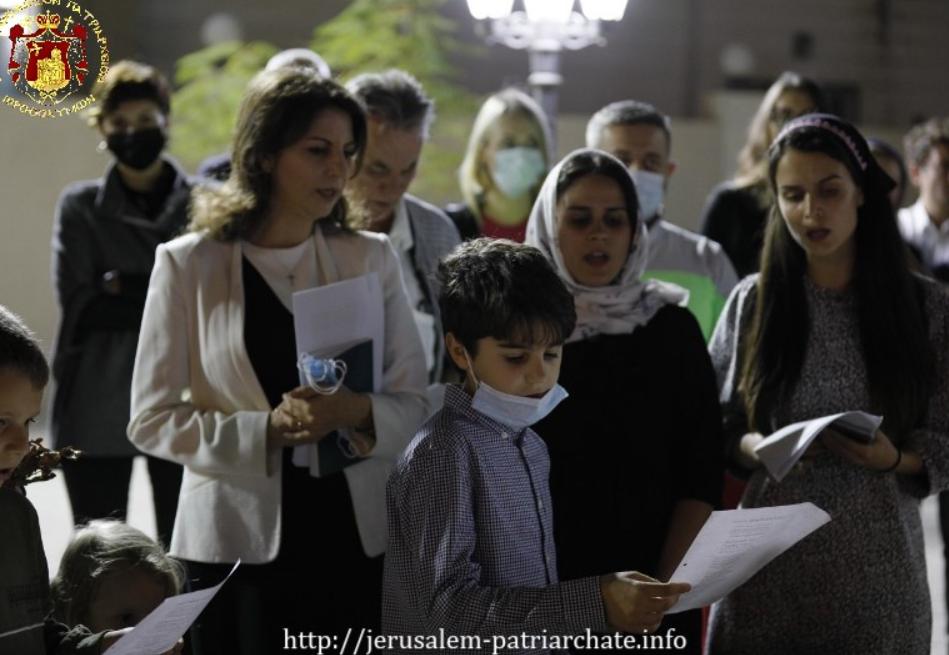 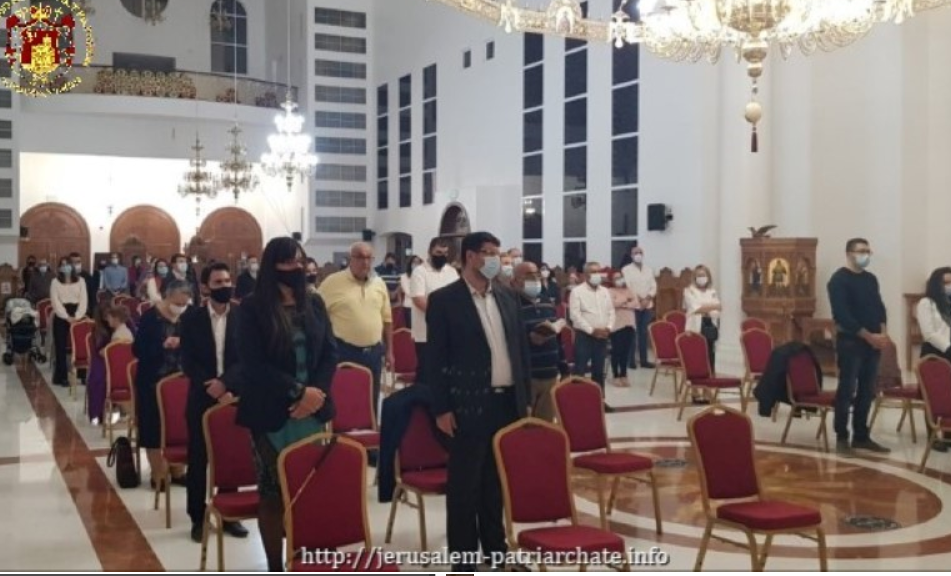 Feast of Circumcision of the Lord, Feast of Saint Basil the Great at Patriarchate of Jerusalem

Feast of Saint Melanin the Roman at Patriarchate of Jerusalem

Heads of the Churches in Jerusalem exchange Christmas greetings

Teleconference of the Heads of Churches of Jerusalem

Bishop of Mozambique: Holy Communion is not a cause of infection, but we must keep our distance inside the church

Speaking on ART TV, Bishop Chrysostomos of Mozambique about the measures against the pandemic in Mozambique in general and...

Ecumenical Patriarch Bartholomew presided over the Vespers service at the Patriarchal Cathedral of St. George in the Phanar on...

Bishop Elpidios of Kyanes visited the Holy Monastery of Pantanassa in Mangrove Mountain, NSW, together with Fr. Stavros Ivanos,...

The Church commemorates the veneration of the honorable chains, by which Saint Peter the Apostle was held secure. We...

Metropolitan Cleopas of Sweden made a heart-warming post on Facebook for his participation in the Holy Synod of the...

Under the auspices of the Archdiocese of Australia and in collaboration with the Melbourne Office of Education and the...