Archbishop Makarios of Australia, the clergy and the faithful attended a spiritual event on Saturday night, April 24, which took place in the Parish of the Resurrection of Christ in Kogarah, Sydney.

The kontakion by Saint Romanos the Melodist entitled “To the Rich Man and Lazarus” was set to music and presented for the first time by the Byzantine Choir of the Holy Archdiocese of Australia.

At the end of the event, the Archbishop put forward four points of kontakion:

Finally, the Archbishop congratulated the Hierarchical Head of the Church, Archimandrite Kyriakos, and the lead singer of the Choir, Dimitrios Koumbaroulis, as well as all the laity and clergy present. 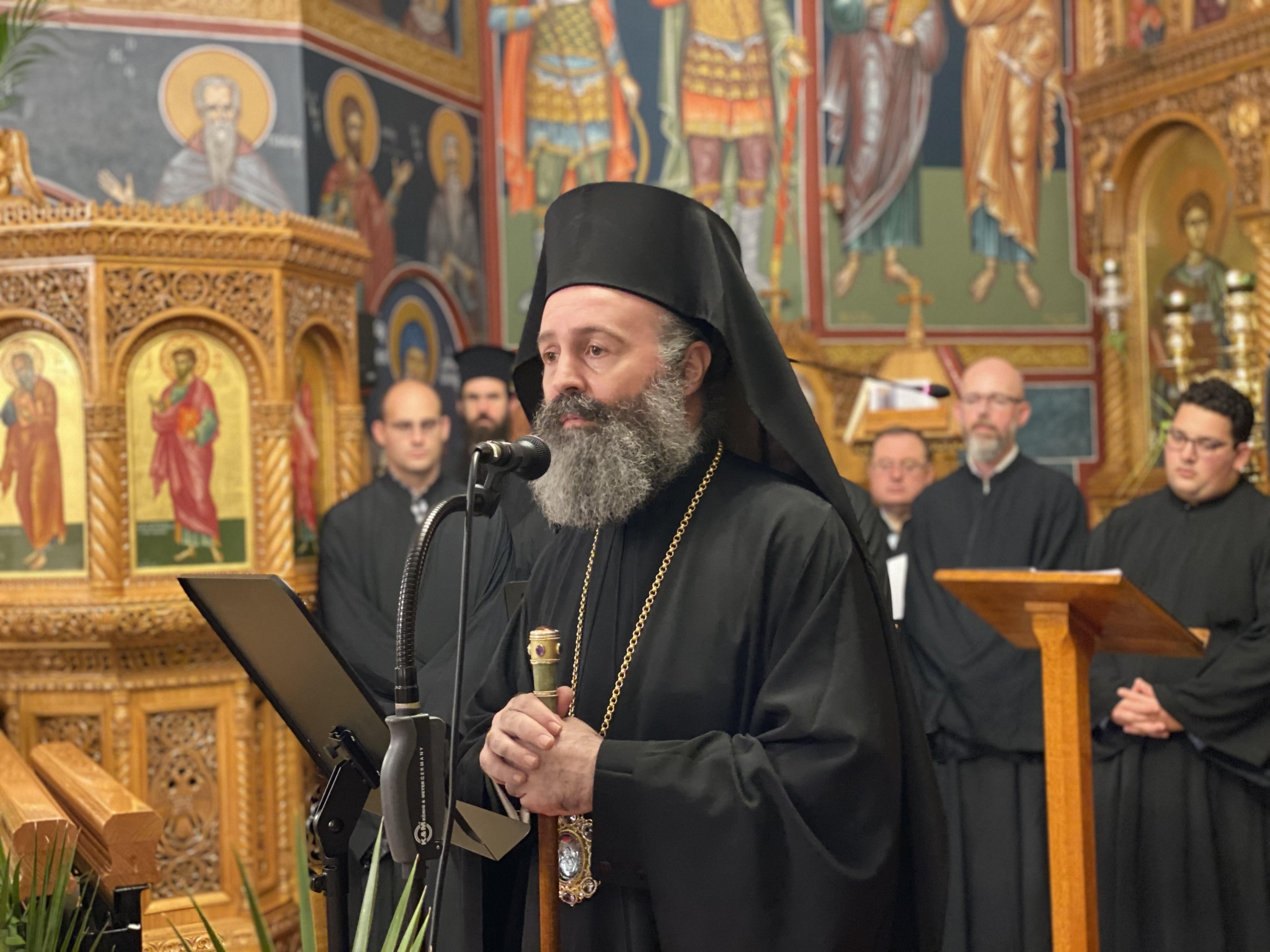 Second election anniversary of Archbishop of Australia was celebrated in Monastery of St. George, NSW

Church of Saints Raphael, Nicholas and Irene in Sydney is open to faithful

Greek singer Dimitris Bassis was received by Archbishop of Australia

Second election anniversary of Archbishop of Australia was celebrated in Monastery of St. George, NSW