On Saturday, November 27, on the feast of Great-Martyr James of Persia, Bishop Evmenios of Kerasounta presided over the service at the Church of Panagia Sumela in Keilor East, Melbourne.

This was the first Divine Liturgy performed by Evmenius in the Archdiocesan District of Northcote, after his ordination as Bishop. The faithful welcomed him with great joy and emotion, and wished him a fruitful hierarchical course.

Consul General of Greece in Melbourne Emmanuel Kakavelakis, President of the Victoria Inter-Community Committee, Antonios Tsourdalakis, as well as young men and women in traditional Pontian costumes, from the Pontian Center of Melbourne, the Pontian Community of Victoria, and the Pontian Associations “The Black Sea” and “Akrites of Pontus” attended the service.

At the end of the Divine Liturgy, Bishop Evmenios addressed the faithful, as well as the clergy of the Archdiocesan District of Northcote, expressing his gratitude to all for their support and the trust, as well as for the good cooperation they have had for the last two years.

“If I am here today, I owe it to the fathers and to you who showed me immense love,” he said, referring to his parents, Ioannis and Vasiliki, who were present at the church.

Also, the Bishop noted that it is a great honor for him who as a Bishop bears the title of the old and glorious Diocese of Kerasounta, reminding that this was the first Diocese in the region of Pontus.

He also thanked and expressed his gratitude to the Archbishop of Australia who nominated him for the episcopal office, and to Ecumenical Patriarch Bartholomew and the Holy Synod who elected him, urging them to pray for the Sacred Center of Orthodoxy, the Ecumenical Patriarchate.

Finally, the Bishop of Kerasounta expressed his optimism that the trials of the pandemic will be gradually overcome, while with joy he announced that at Christmas Archbishop Makarios will visit Victoria to celebrate the great feast with the Greek Orthodox flock there. 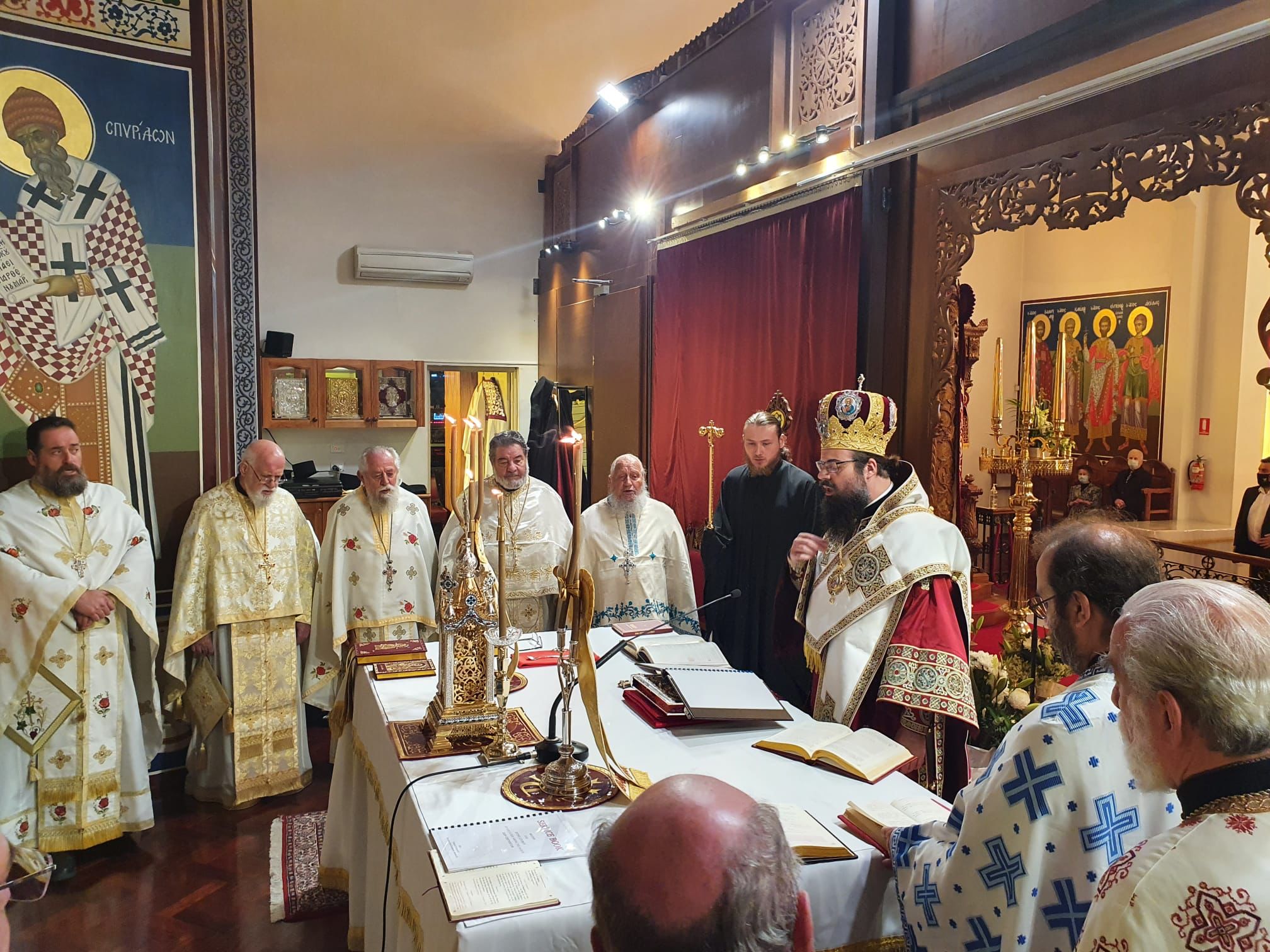 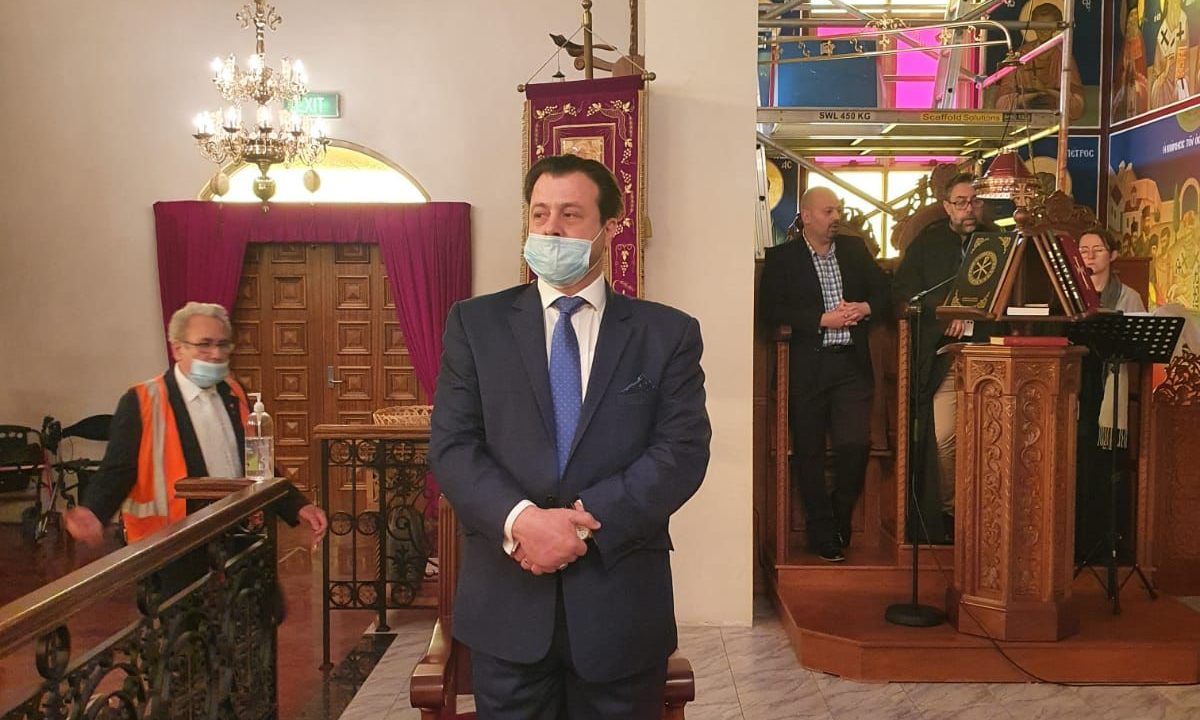 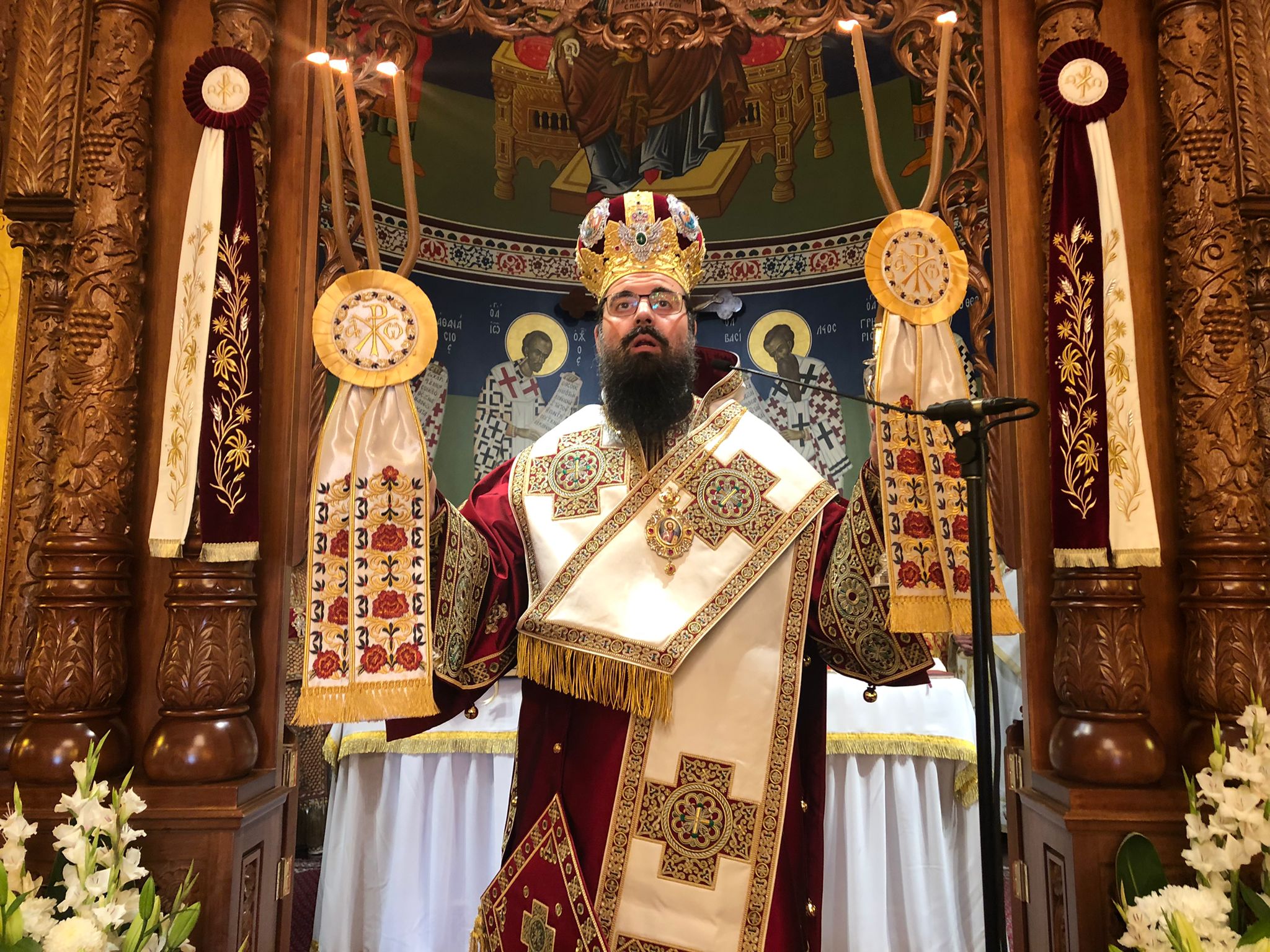 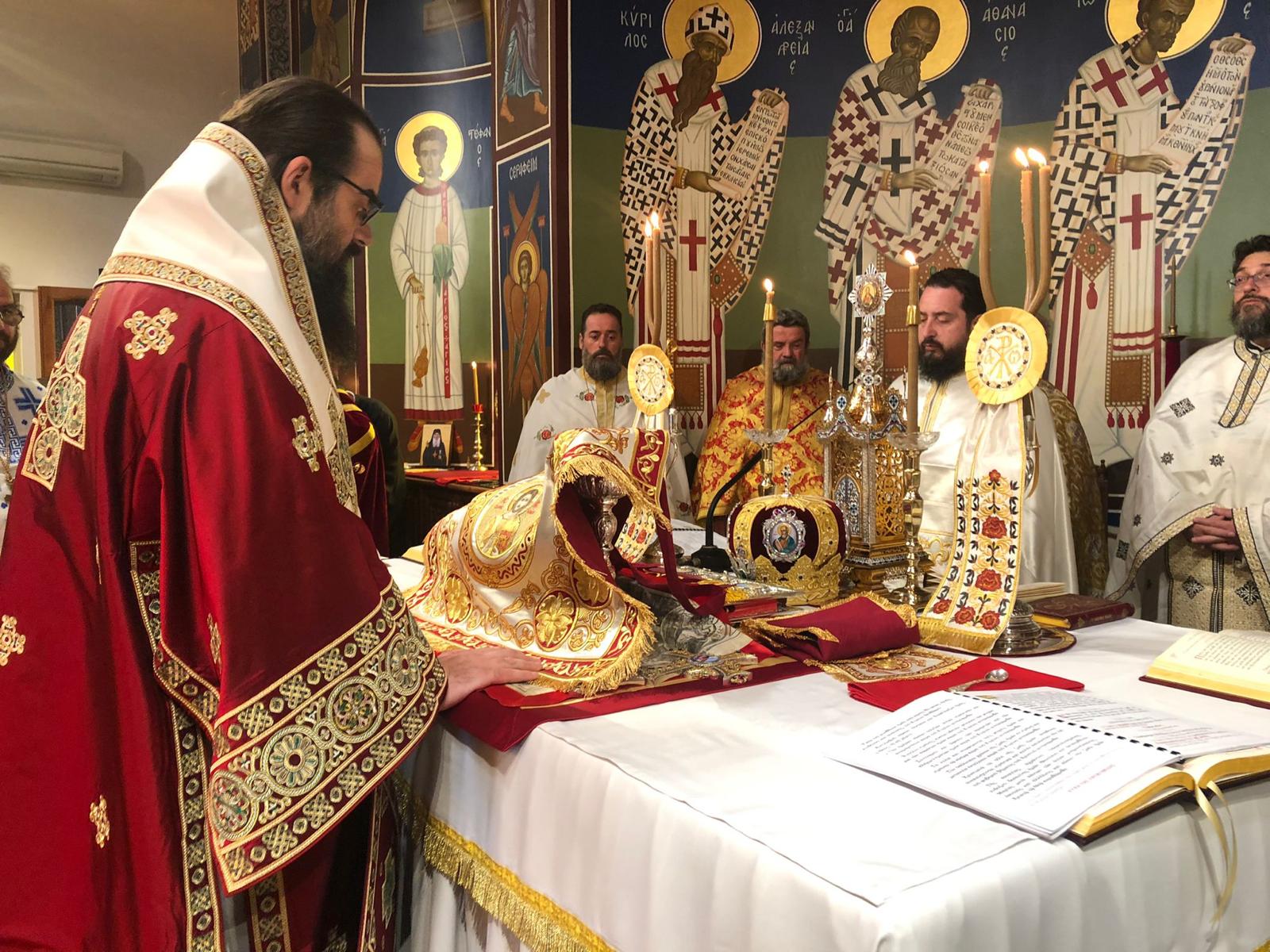