With the Blessings of Archbishop Makarios of Australia, Bishop Bartholomew of Charioupolis, the Archiepiscopal Vicar of Canberra attended the Federal Parliamentary Interfaith Breakfast held at the National Press Club in Canberra.

Attending the breakfast were leaders of Christian churches and other faith traditions.

Bishop Bartholomew had the opportunity to speak to various leaders conveying on behalf of Archbishop Makarios of Australia and the Greek Orthodox Archdiocese best wishes for Christmas and the New Year. 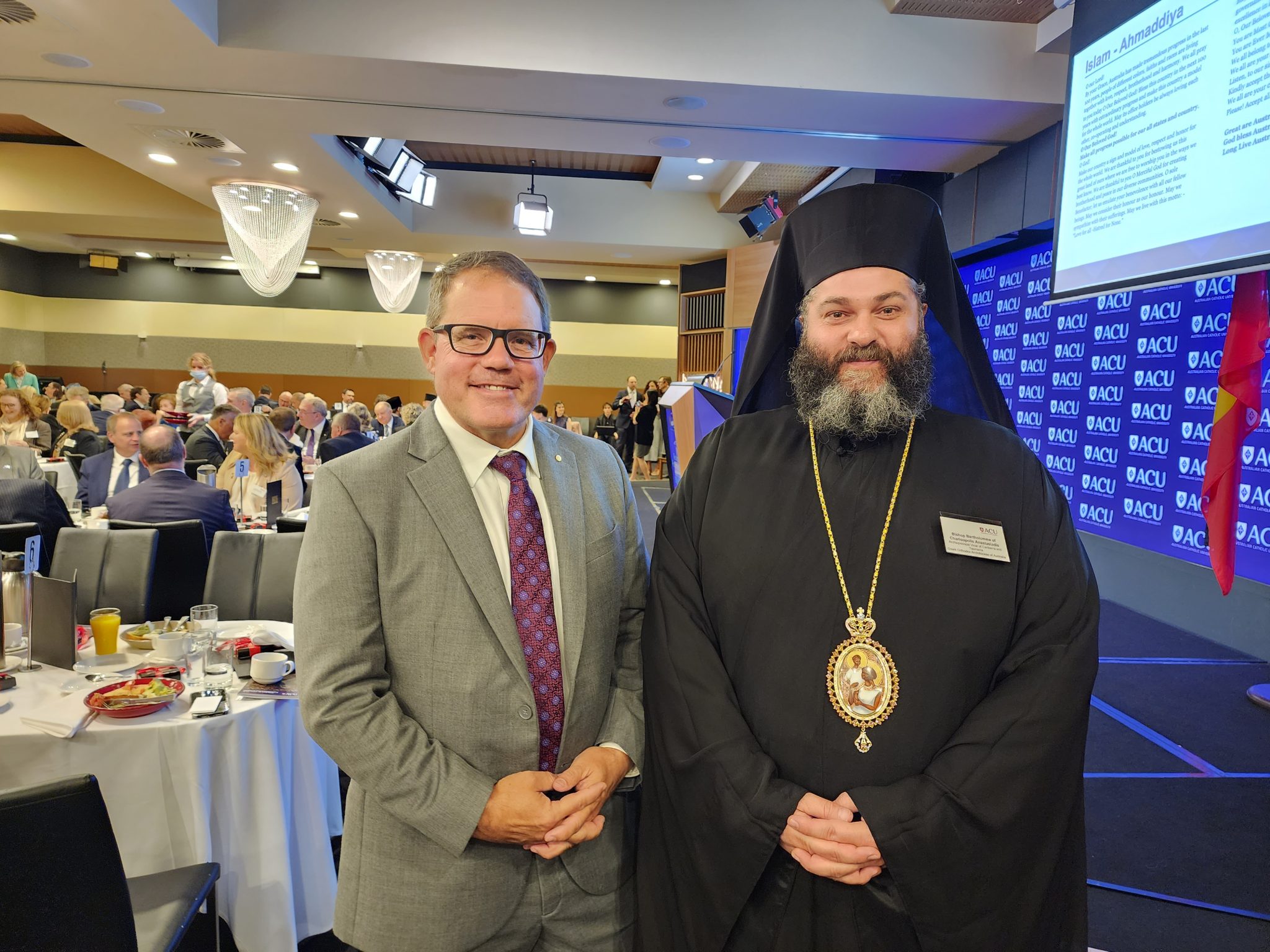 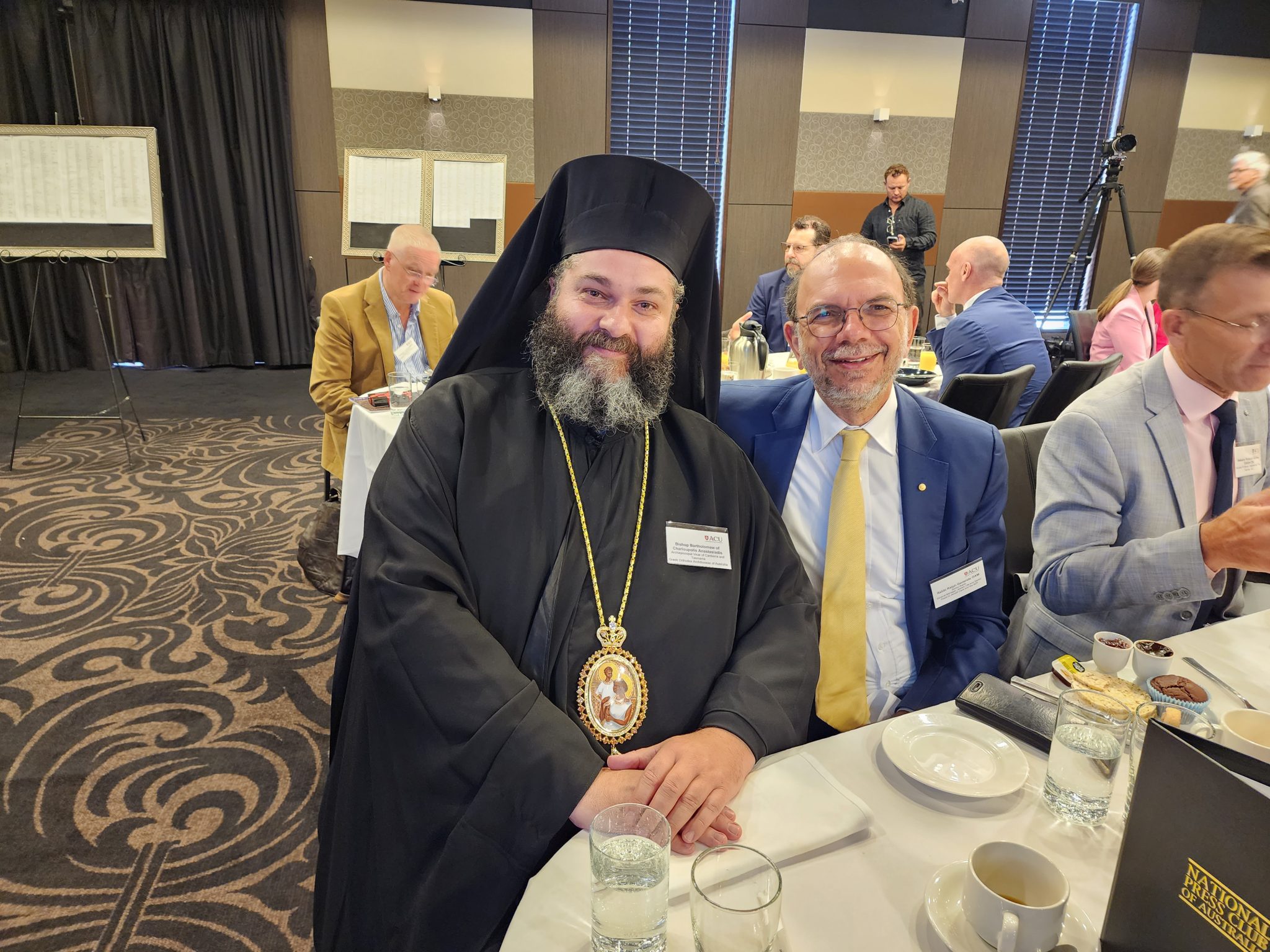