On the morning of Tuesday, February 23, 2021, Archbishop Chrysostomos II of Cyprus received the new Ambassador of France to Cyprus, Salina Grenet-Catalano, in his archbishopric office. The French ambassador visited the Archbishop of Cyprus for the first time since taking office.

After thanking the Archbishop of Cyprus for the honor to receive her in his office, the new ambassador pointed out that Cyprus and France were linked by a historic relationship of stable friendship, which had been significantly strengthened in recent years. “As a goal,” said the ambassador, “I would like to maintain this relationship and deepen it further in all its dimensions: security and defense, interpersonal relations, and economy, culture and education.”

On the national issue, Salina Grenet-Catalano stressed to the primate of the Church of Cyprus the firm position of the President of the French Republic, Emmanuel Macron, for a viable and just solution to the Cyprus problem as a guarantee of security, stability and prosperity for Cyprus, which is an EU member, and for the whole region of the Eastern Mediterranean.

Addressing the new ambassador, after analyzing various dimensions of the Cypriot problem over time, the Archbishop hoped that the good relations of the Church of Cyprus with the French embassy to Cyprus would continue and that France’s stance on Cyprus issue would continue to be stable and dynamic to find a just solution for the inhabitants of Cyprus.

Finally, the Archbishop offered to the new ambassador as a gift a silver imprint of the mosaic that adorns the Synodal building of the Metropolis of Paphos, which represents the evangelization of the Cypriots by the Apostles Paul and Barnabas.

The secretary of the Holy Synod, Archim. George Christodoulou, served as an interpreter at the meeting. 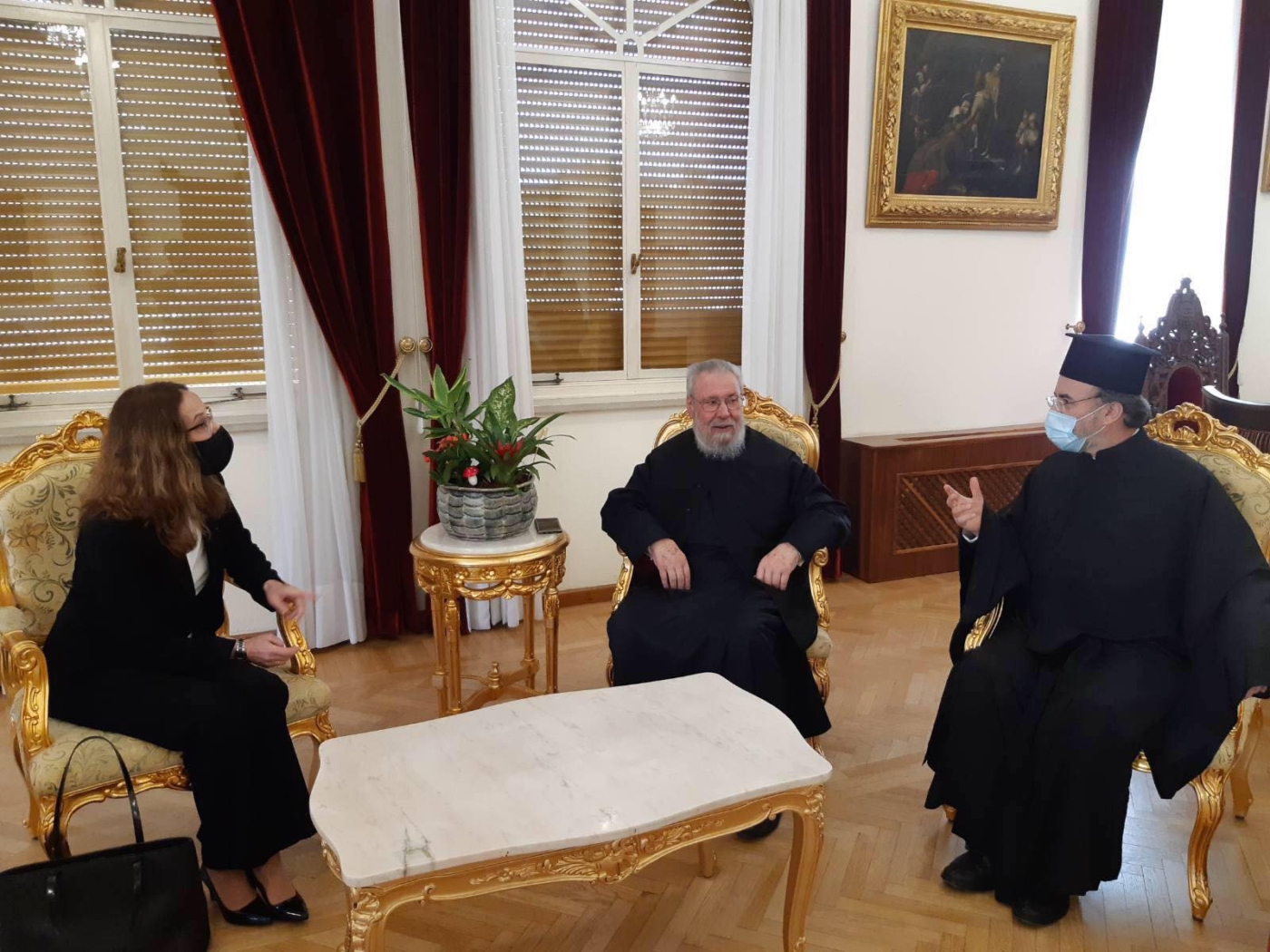 Archbishop of Cyprus celebrated 43rd anniversary of his election as Bishop

Archbishop of Cyprus to new Patriarch of Serbia: We share your joy

Church of Cyprus: The fact that we exist today as Greek nation, it is because Church has supported us