Archbishop of Australia to new deacon: As love will crucify you, so will it crown you

On Saturday 14th November, on the day that our Church commemorates the memory of St Philip the Apostle, Archbishop Makarios of Australia officiated at matins and presided over the Divine Liturgy, concelebrating with the Chancellor of the Holy Archdiocese, Bishop Emilianos of Meloa, at the Cathedral of the Annunciation of the Theotokos in Sydney. In an atmosphere of spiritual joy, during the Divine Liturgy, Archbishop Makarios ordained Monk Irenaeus Triantis to the diaconate, who is a graduate of St Andrew’s Greek Orthodox Theological College and addressed paternal blessings and instructions, focusing on the role of love as the most basic element for a fruitful priestly ministry. “Only love” he urged characteristically, “and know” he added, “that as love will crucify you, so will it crown you.”

The instructive speech of Archbishop Makarios included extensive reference to the challenges and difficulties that the new clergyman is likely to face. “You are being called to a serve in a world, which is not always friendly towards the Church”, he stressed to Fr Irenaeus, explaining that the general spirit of our times and the spirit of some people is against Christ, against the Church, against the priests, against the teaching of the Gospel and generally against the tenets of our faith. Sometimes, the hostility against the Church is official, undisguised and obvious; other times it is hidden, but nonetheless real.”

Making this clear, Archbishop Makarios called on the new deacon to be aware that he is entering a difficult world, which “many times will force you to weep, to become embittered it will treat you unjustly and you will come to feel that many forces, visible and invisible, are waged against you or against the high calling that you serve.” “But if the Prophets, the Apostles, the Hierarchs, the Martyrs, and the Righteous saints lived through such situations, then why should we not also experience this?” he rightly asked and continued, “If Christ Himself felt this same pain, to such an extent that He came to say, ‘Father take from me this cup’, then why should we expect to live differently from the way that Christ and the saints of our Church lived? Or from that which the saint that we commemorate today, St Philip, experienced in his torturous death?”

One injunction from the Archbishop to Fr Irenaeus was to become a fisherman of people’s souls, which, as he stressed, he will fish from the ocean and the open sea and not from the quiet of the port. “When the ship is tied in the port, it does not fulfil its purpose and its mission,” he said and continued, “It may not be in danger or be exposed to storms and hurricanes but it does not fulfil its goal.”

Furthermore, Archbishop Makarios urged the new deacon not to fear and not to shy away from any moment during the upward course that opens before him, declaring confidently that Fr Irenaeus has the necessary spiritual traits to carry out the mission that he undertakes. “You grew up in a large family with many siblings, with many difficulties and privations, with the absence of your father. Your mother, Penelope, with whom you are particularly attached, is a blessed and spiritual person and she raised you in the Church and according to the Lord’s instructions. Your spiritual father, Archimandrite Eusebios, Abbot of the Holy Monastery of Pantanassa, gives witness that you are worthy of the ordination and, of course, stands by your side with much love and compassion in your monastic and clerical struggle. The teaching staff of our Theological College also testify of your spirituality and the good quality of your character. All these are spiritual testaments that assure us of the success of your new journey and that you will be found worthy of the expectations of our Church and of my own, your Archbishop and Shepherd” he said. Archbishop Makarios ended his talk with a heartfelt wish that God bless Fr Irenaeus and that he may always be worthy to fulfil the duties which the Church will assign him.

Earlier, the ordained deacon spoke with words of respect and gratitude about the Archbishop, thanking him for the love he has shown him since arriving in Australia. “From the first moment, you were a father, a shepherd, and an example from whom I am learning,” he said, and added with emotion, “I surrender myself with confidence to you, to shape me into a new person and to show me ways of holiness that I will cultivate, so that I may bear fruit and be grafted with Christ Himself.”

Fr Irenaeus accepted warm wishes from the clergy and the faithful who were present in church, among whom was his mother and siblings, who observed his ordination with great emotion. 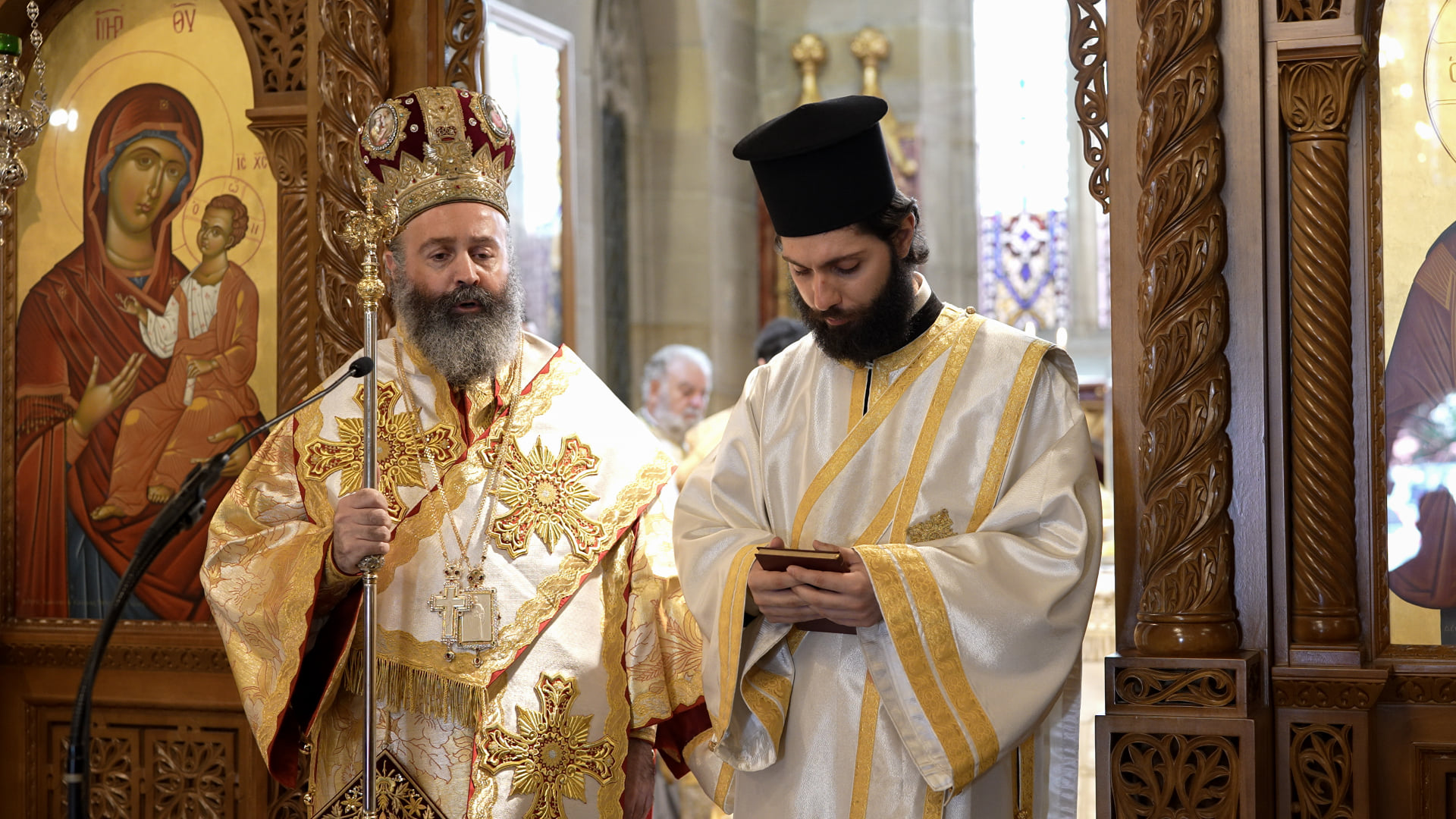 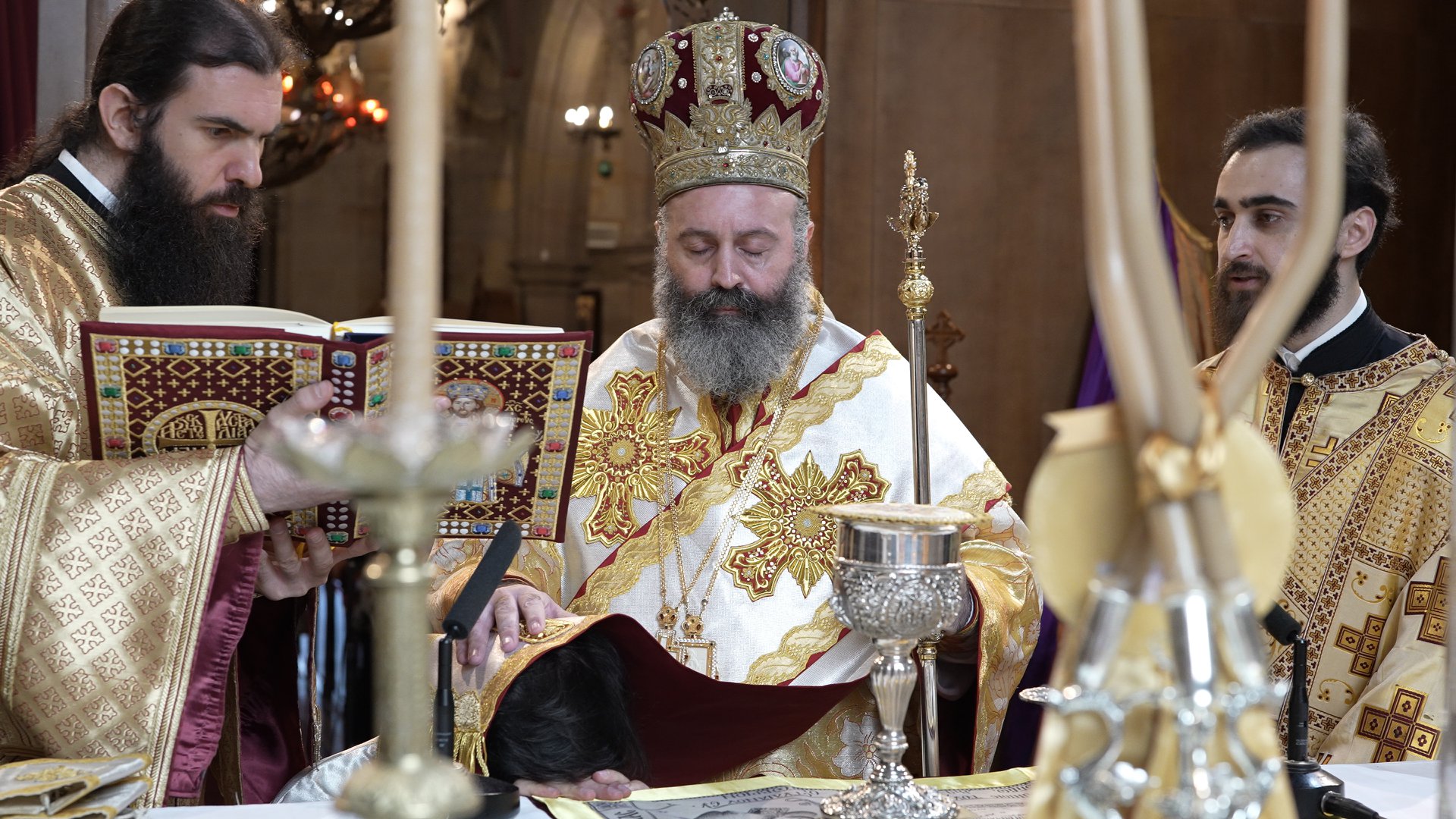 Archbishop of Australia to offer memorial service for Ghikas Voulgaris

Archbishop of Australia has returned to his duties

Perth: The students honored the patron saint of their school, St. Andrew

Feast of St. Andrew the Apostle was celebrated in West Sunshine in Melbourne

Archbishop of Australia: Church recognizes the needs and desires of modern man (video)