Archbishop of Australia: St Paraskevi’s message is that holiness is not far from us

The commemoration of Venerable Virgin-Martyr Paraskevi was celebrated in Melbourne with grandeur and reverence.

The focus of the worship services was the Parish of St Paraskevi, St John the Merciful, and St Barbara in St Albans, where on the patronal feast day Archbishop Makarios of Australia officiated.

In a reverential atmosphere, Archbishop Makarios presided over the festal Divine Liturgy in the church filled with the faithful. Bishop Kyriakos of Sozopolis and Evmenios of Kerasounta concelebrated and reverend clergy also participated.

In his sermon, Archbishop Makarios initially emphasized the role of the saints of our Church as being one to support and guide the faithful. “We praise God that we have our saints because they are the people who give us the courage and hope to continue with our everyday struggle, which usually is not an easy one,” he noted. “It is a struggle with many adversities and many temptations”, he pointed out, “which derive from the man himself, but also from society. It is fortunate, therefore, that we have our saints and we look to them and pray to them, beseeching their intercessions but, above all, we have them before us and they are an example for us.”

Archbishop Makarios subsequently described aspects of the life of St Paraskevi, noting the lessons that modern Christians are called to adopt. Initially reminding the congregation that the honored saint, at a young age, lost her parents from whom she had been taught the Christian faith, he pointed out with emphasis that she began to preach the Gospel, “because she herself knew that the most precious asset she had was Christ and she wanted to share this great treasure with people.”

The Archbishop then referred to the series of tortures St Paraskevi endured until she was martyred by beheading, refusing to change her faith, and continuing to confess to Christ until the end of her life. “Clearly, St Paraskevi was a person who saw God’s grace from this life,” he observed, “and of course, what she lived was a foretaste of what she lives now as co-heir of the Kingdom of Heaven.”

In summary, His Eminence discerned that the message from the life of this great saint of our Church is that, “holiness is not far from us”. “St Paraskevi was not a nun, nor isolated in a monastery, nor in the desert”, he characteristically pointed out and added: “She was a person in the world, just like we are, but she managed to see God.”

In conclusion, after paternally exhorting everyone to pray and not to lose courage and heart, the Archbishop thanked Parish Priest Fr Demos Nicolaou for the invitation to co-celebrate with Melbourne’s faithful, the grace of St Paraskevi.

He also thanked the President and members of the Board of Directors, the ladies of the Philoptohos, the chanters, and all who came to church, even though it was a weekday and a working day.

This was followed by a litany around the church of the holy icon and the sacred relics of St Paraskevi with the participation of the clergy and the faithful.

Finally, the Ladies Philoptohos of the celebrating Parish hosted a meal in honor of Archbishop Makarios of Australia in the church hall. 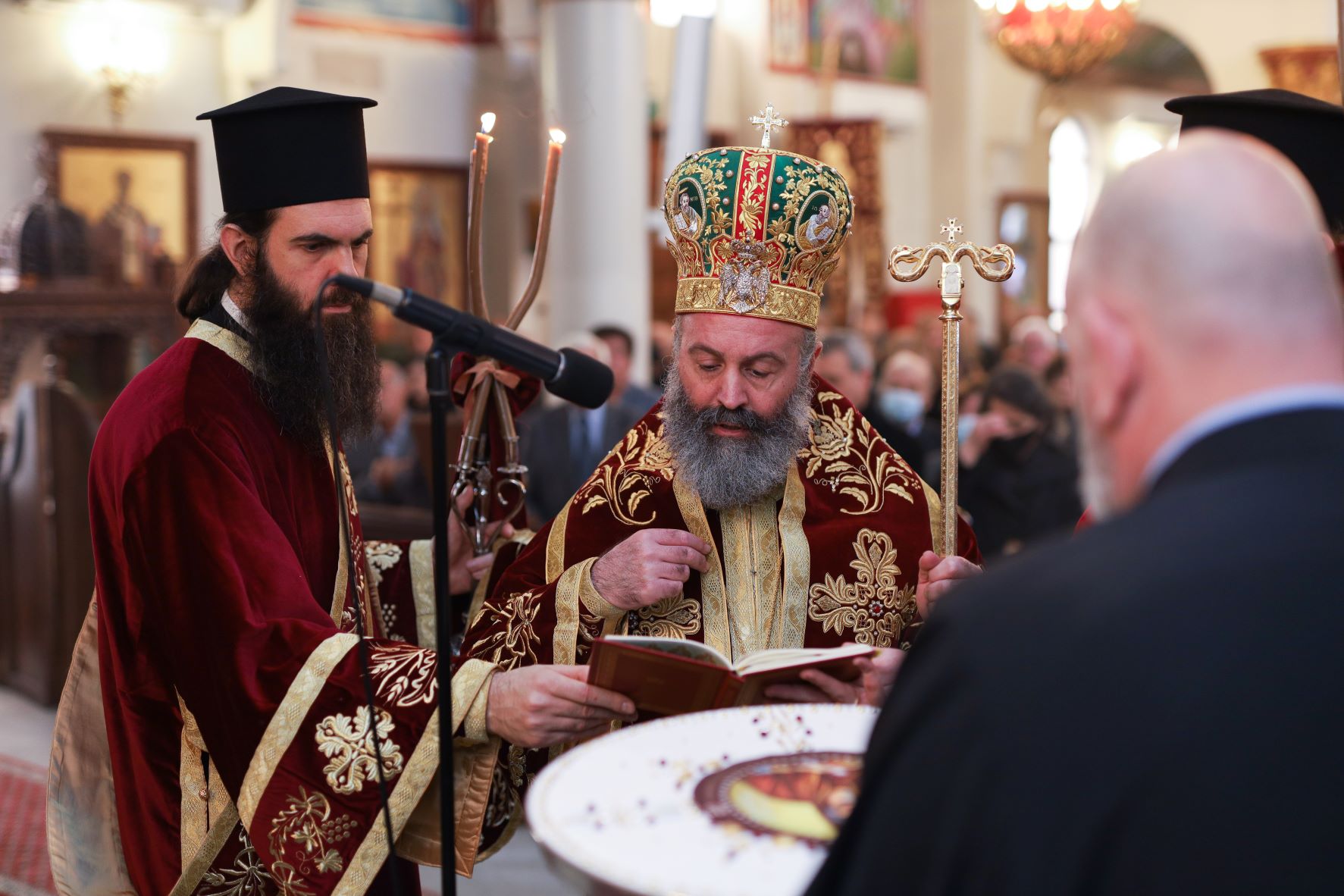 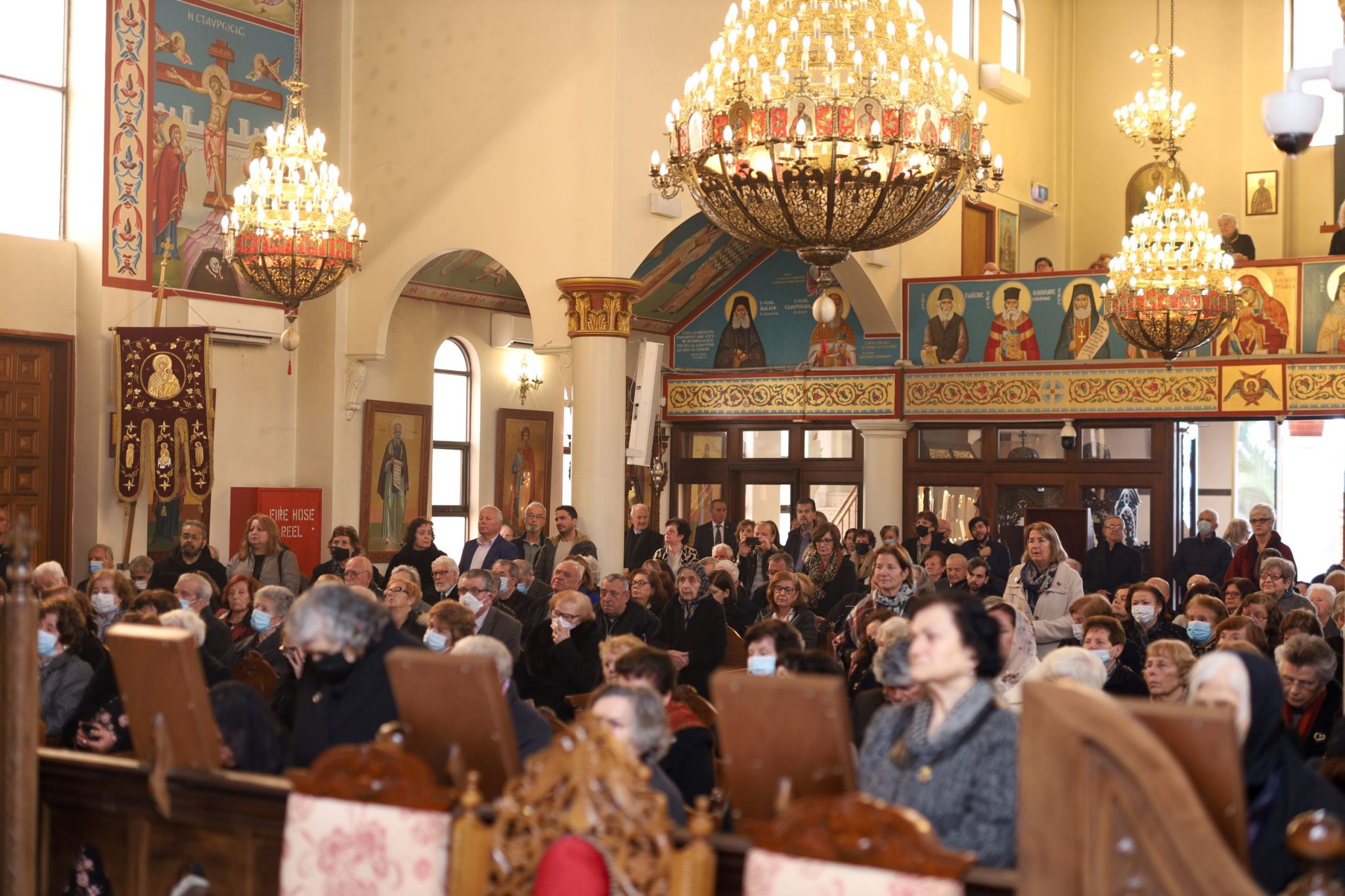 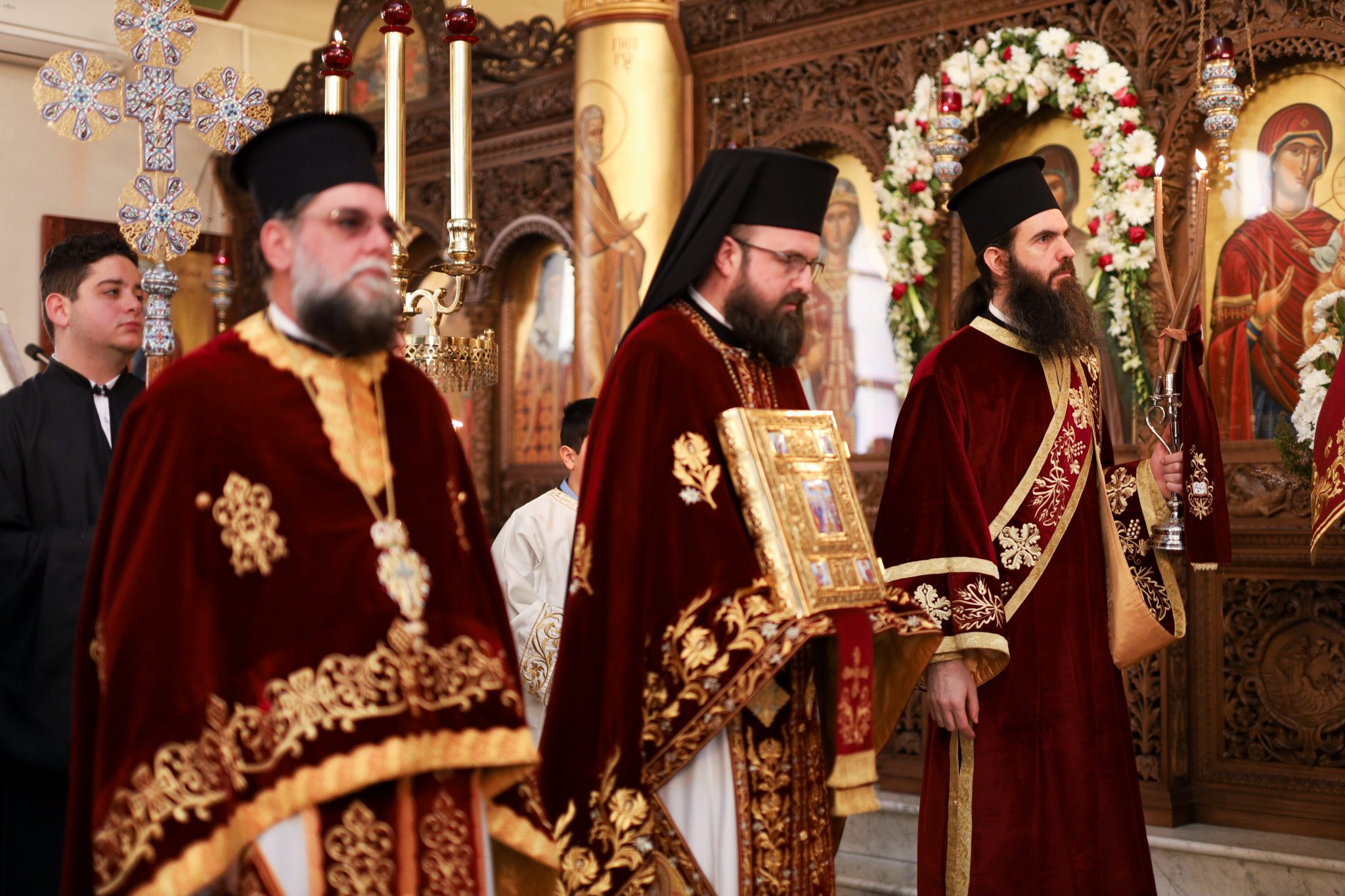 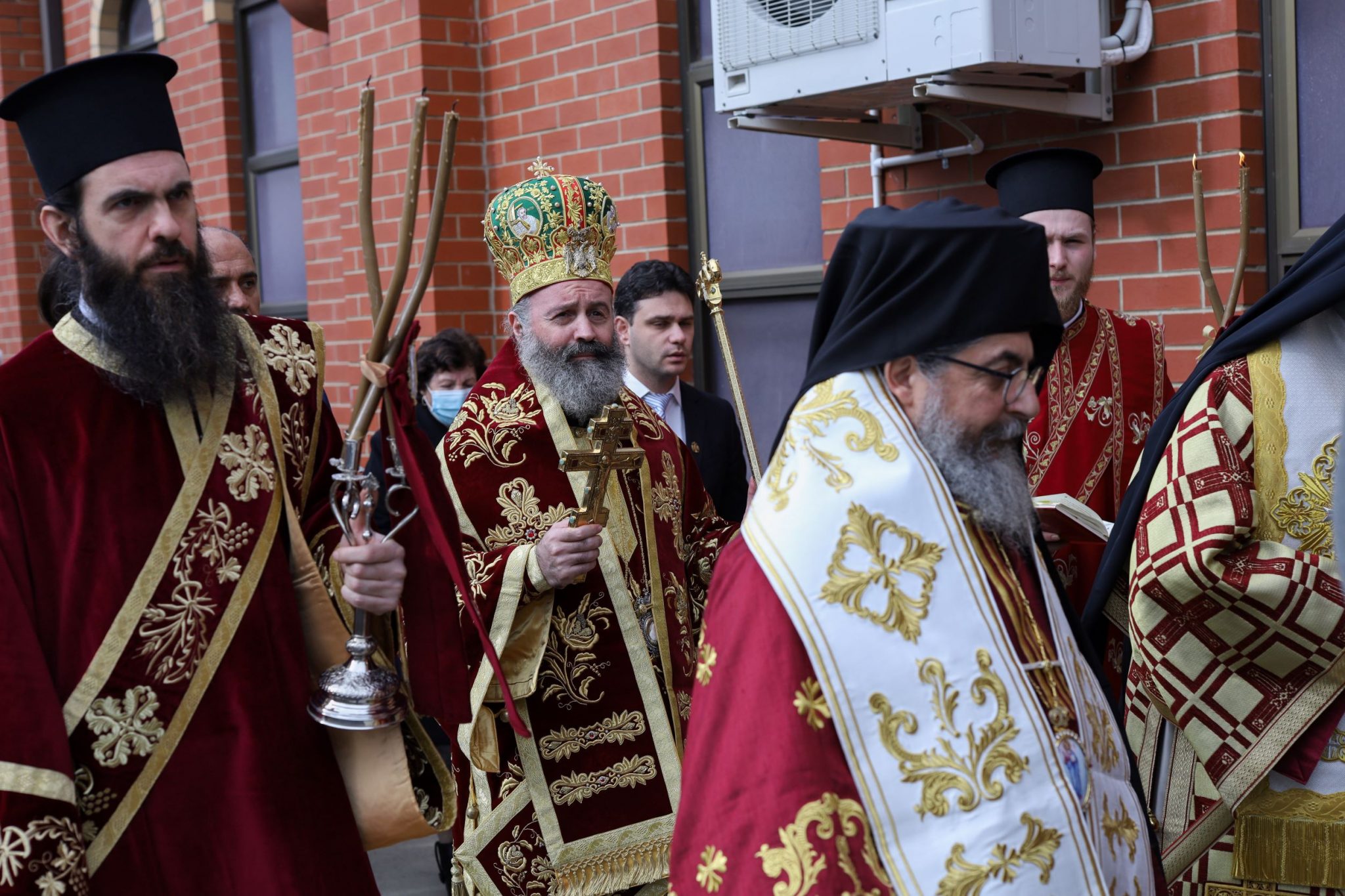 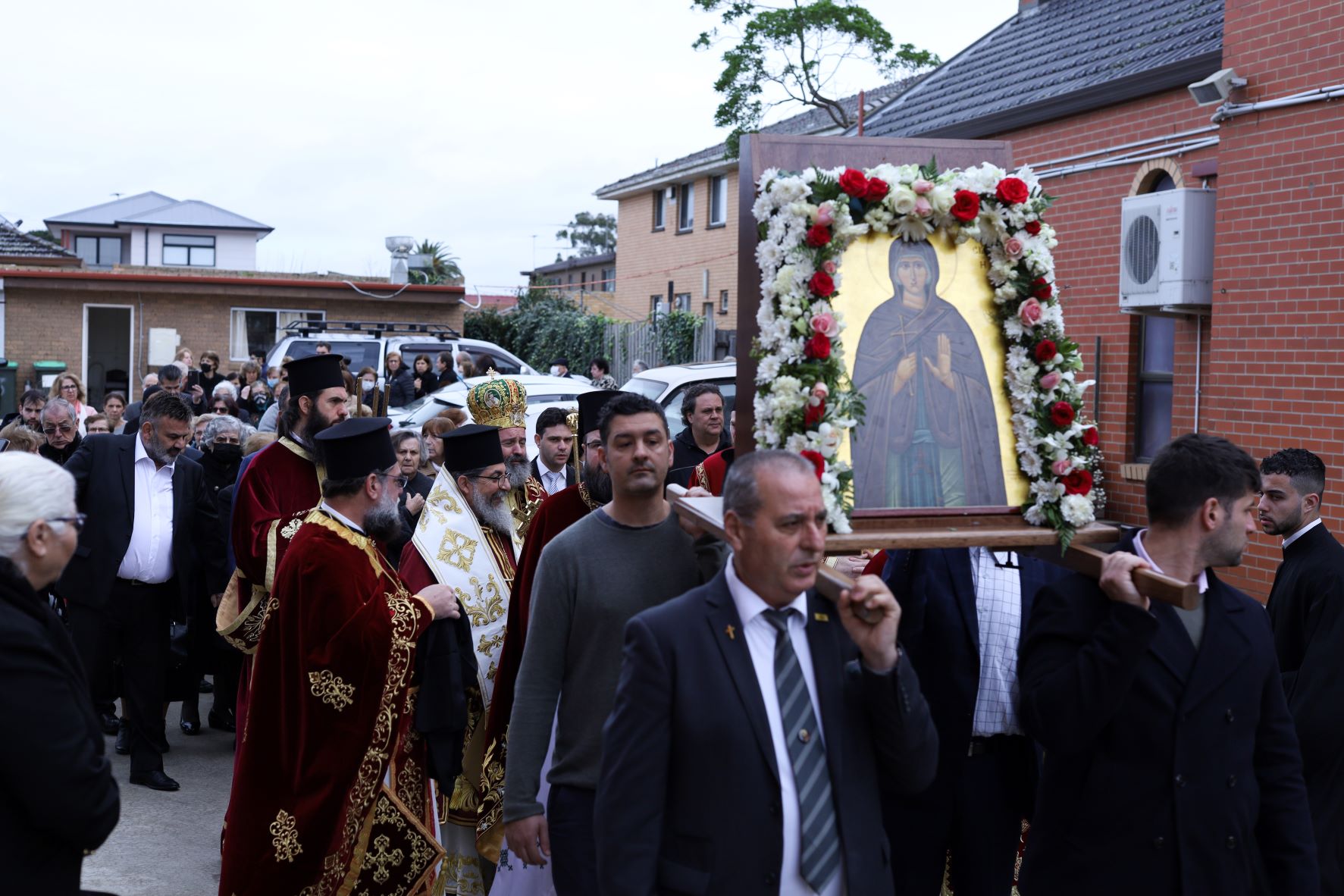