Archbishop of Australia: Church recognizes the needs and desires of modern man (video)

On Saturday, November 28, Archbishop Makarios of Australia participated as a keynote speaker at a virtual scientific symposium organized by St. John of Damascus Institute of Theology of the Patriarchate of Antioch on the 50th anniversary since its establishment. The participation of the Archbishop of Australia in the celebrations of this important anniversary for the Institute of Theology of the University of Balamand in Lebanon marked the strengthening of the ties between the Patriarchate of Antioch and the Archdiocese of Australia as it was the first time that a hierarch from Australia was invited to speak at an event of the Church of Antioch. 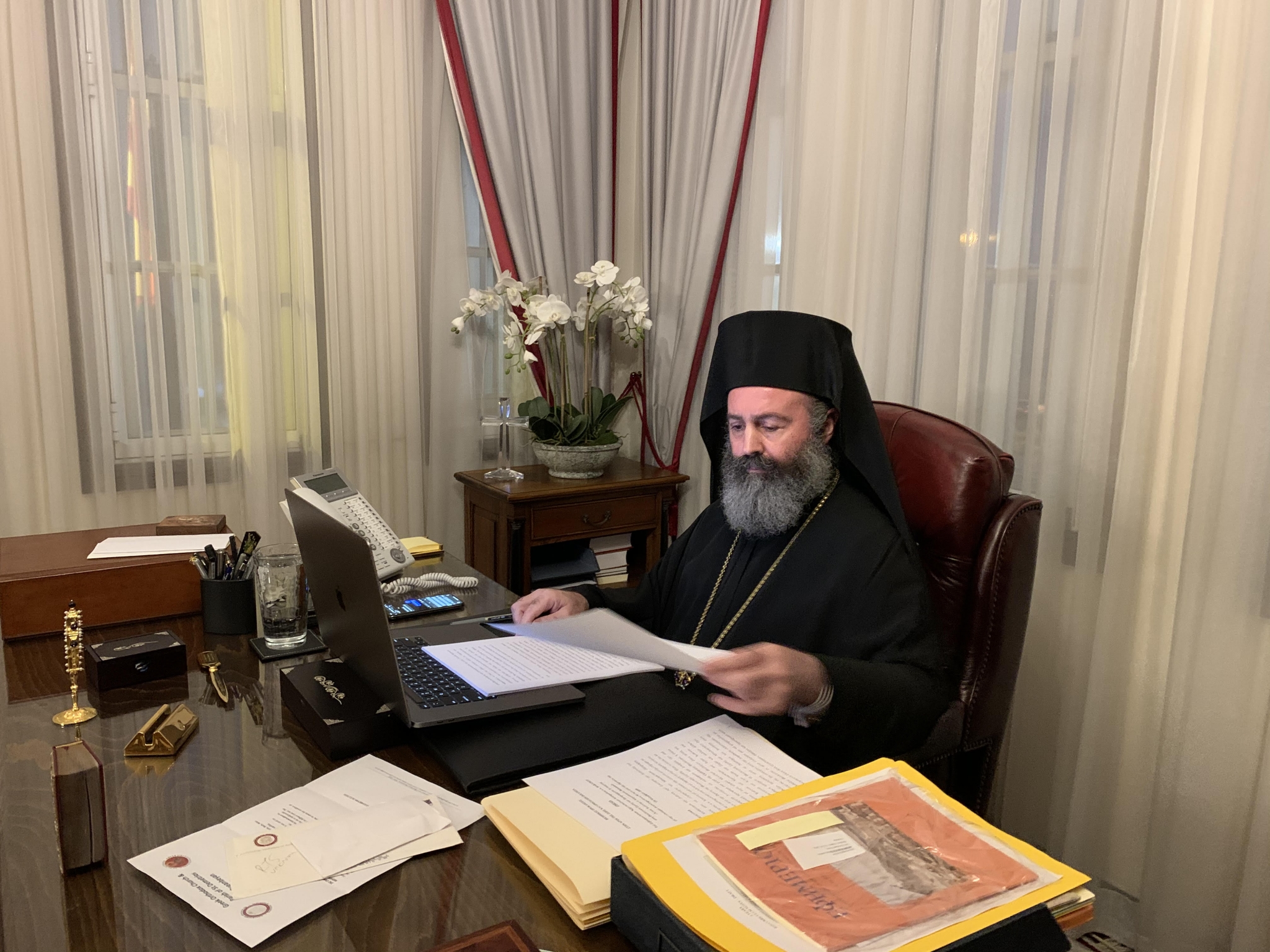 In his speech, Archbishop Makarios expounded on the topic: “Bioethical Challenges at the Beginning of Life and the Orthodox Church.” Considering the issues of abortions in cases of rape or incest, or when the results of the prenatal tests are not as expected while expounding on the challenges arising from the research and use of stem cells, as well as the practices of medically assisted reproduction, the Archbishop presented the basic parameters of these issues based upon criteria derived from the theology of the face and the value of the fetus. “Approaching the issues of the principle of life in the light of Orthodox Bioethics means approaching man and his needs with absolute respect and infinite charity, considering the fetus as an image of God,” he stressed, among other things, recalling that “the main goal of Orthodox Theology is for man to be united with God and to realize that he is a creation with an eternal perspective.”

The Archbishop of Australia noted that the Church recognizes the needs and desires of modern man, but stressed that the solutions proposed must be based on moral and spiritual criteria. “That is why the Church,” he added, “does not want to impose the concept of goodness as it judges and substantiates it, but describes the ethos, creates the criteria and then invites each of us to evaluate the data and make decisions.”

In conclusion, the Archbishop of Australia wished both the Institute of Theology and the Patriarchate of Antioch, in general, much success while conveying the wishes of Ecumenical Patriarch Bartholomew.

Archdiocese of Australia: The first television ad for the celebrations of the 200 years since the Hellenic uprising

Archbishop of Australia on Australia Day: I praise God Who led my steps to this blessed land

Feast of St. Neofytos of Cyprus was celebrated at Parish of Transfiguration in Thomastown

13th Sunday of Luke was celebrated in Paris

The Orthodox Academy of Crete will be commemorating the Three Holy Hierarchs, Patrons Saints of Greek Education and Letters,...