Archbishop Elpidophoros of America met with US Congressman Jim Cooper in Nashville this morning to discuss issues of joint interest such as the Ecumenical Patriarchate and the opening of Saint Nicholas Greek Orthodox Church and National Shrine in the fall.

Upon learning of the Congressman’s desire to visit Mouth Athos, Archbishop Elpidophoros invited the Congressman to join him on an upcoming pilgrimage to Mount Athos and Constantinople.

Joining the Archbishop at the meeting were Metropolitan Nicholas of Detroit, Ambassador Alexandra Papadopoulou of the Hellenic Republic, and Mr. George Anderson. 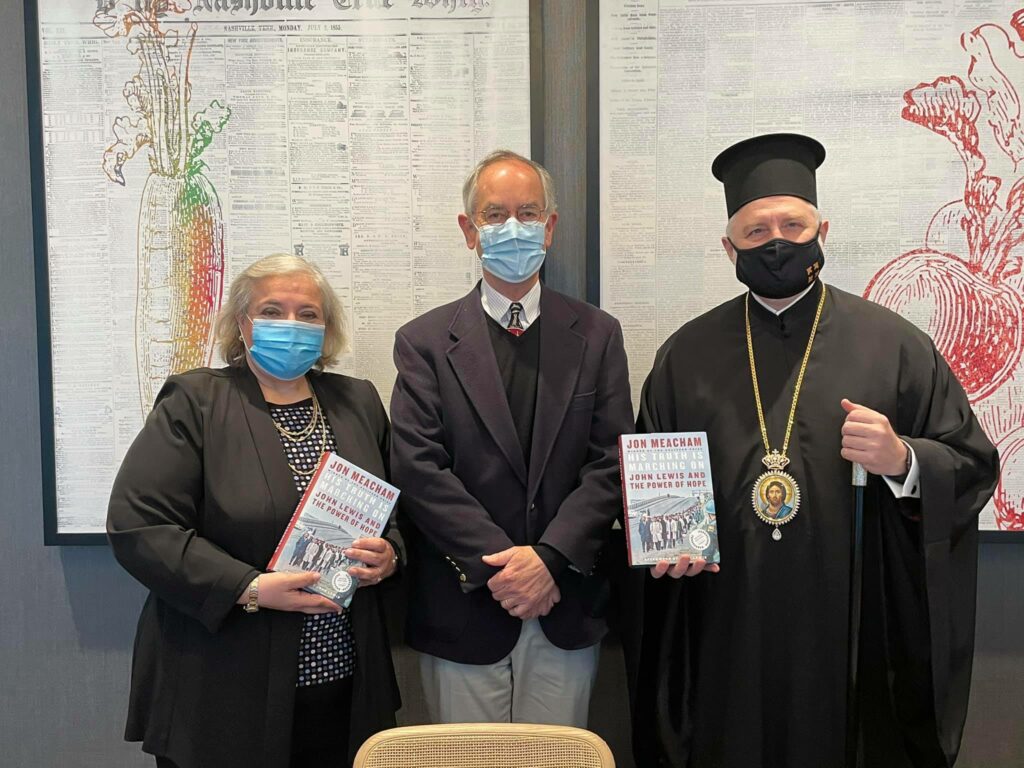 Archbishop of America: Gun violence is fueled by a culture of weapons that exceeds reason

Archbishop of America: We have done what seemed overwhelming just a few short years ago

Third consecutive year of financial support from the Archdiocese of America