Archbishop of America held a series of meetings

Archbishop Elpidophoros of America received on November 15, 2022, the Protopresbyter George Jweinat, Archepiscopal Vicar of the Vicariate for the Palestinian and Jordanian Christian Orthodox Communities in America, for an audience at the Archdiocese of America.

Then Archbishop Elpidophoros welcomed Michalis Stavrianoudakis, Secretary General of Interior and Organization for the Hellenic Republic, to the Archdiocese. Director of the Office of the Minister of the Interior Theodosis Athanasas and Consul of Greece in New York Dimitris Papageorgiou attended the meeting, as well. 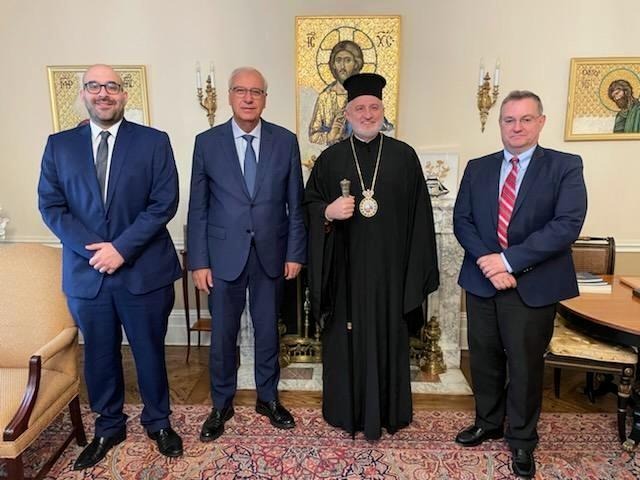