Archbishop Makarios: The life of the unborn child is sacred

Archbishop Makarios of Australia expressed his opposition to the bill put forward in Australia, which allows abortions for any reason up until five and a half months and up until birth, with the agreement of two doctors.

In a statement issued by the Archbishop, the Orthodox Christian Faith and Tradition unequivocally teach that life begins from the first time of the conception, that the life of the unborn is sacred and infinitely valued by God, and therefore must be considered with the same dignity and worth we enjoy ourselves.

It is also stressed that tragically, the right to life of the indefensible unborn child is increasingly violated despite the protection and advancement of many other human rights.

As he points out, the Archbishop of Australia has already written a letter with other church leaders to the Premier of New South Wales asking her to allow for public consultation before the bill is presented for debate in Parliament.

You can read the full text: 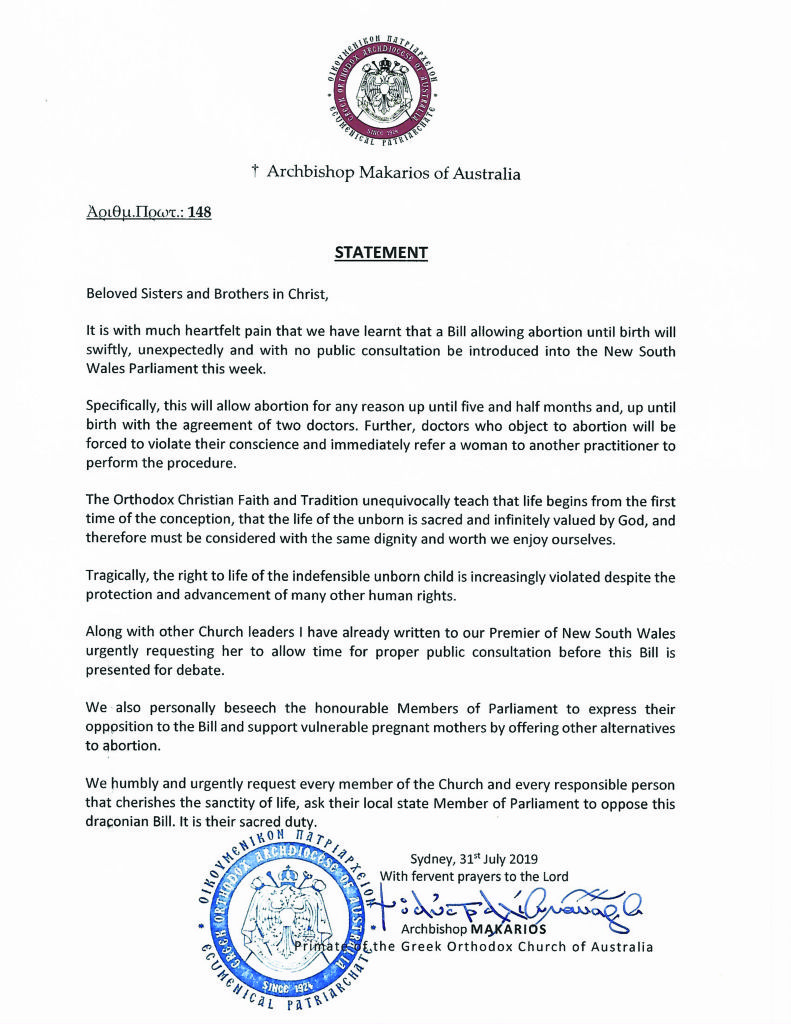