A day of dual spiritual joy for the Holy Archdiocese of Australia was January 19, the day of the feast of St. Makarios of Egypt.

At the Holy Temple of St. Spyridon in Sydney, Archbishop Makarios of Australia presided over the Divine Liturgy and the whole local Church participated in this spiritual feast. The ordinations of the Deacon Stefanos Tinikasvili, as a Presbyter, and the Monk Timotheos Mavromatis, as a Hierodeacon, gave the day the character of a double celebration for the Greek Orthodox Church of the fifth continent.

The two ordinations, as well as the subsequent ordination of Fr. Stefanos to Archimandrite, were performed by Archbishop Makarios in a crowded church and in the presence of Metropolitan Seraphim of Sebastia and the Bishops Kyriakos of Sozopolis, Christodoulos of Magnesia, and Eumenios of Kerasous.

Prior to his ordination as a Presbyter, Deacon Fr. Stefanos delivered his ordination speech. He expressed his gratitude to God who showed him the path to the Church from a young age in his life, and he promised to continue his ministry, serving the flock of Christ with greater responsibility. “I will remember in all the hardships I will face, the ministry that Christ Himself gave us as an example, serving His disciples and His people,” he said.

Fr. Stefanos, born in Orthodox Georgia and raised in a Christian environment, studied at the Theological School of the University of Athens and then joined the fraternity of the Holy Monastery of Saint George Epanosifis, in Crete. He served near Archbishop Makarios for seven years, following him first to the Autonomous Church of Estonia and later, from the summer of 2019 to Australia.

Thanking the Archbishop wholeheartedly for the paternal care he has shown him, he noted, among other things: “Your wisdom and your unlimited kindness will shine like a light in my life, illuminating the way to the eternal Father. I pray to God to give you strength and the constant ability to touch the hearts and souls of many other people so that they too can experience this paternal love and realize the importance of their existence”.

Afterwards, the young Presbyter cordially thanked all the people who played even the smallest role in his spiritual path, making a special mention, full of emotion, to the Protosyncellus of the Holy Archdiocese of Australia, Archimandrite Christofors Krikelis, and to Archdeacon Athenagoras Karakonstantakis. “Our Holy Archdiocese is blessed to have pious Bishops and good clergy, who with their good deeds taught me to serve selflessly for the good of the Church,” he said. Finally, he did not fail to mention his family for the love and sacrifices it made for him.

Equally moved was Archbishop Makarios, who, addressing his Deacon and close associate for many years, initially stressed that “your life is a proof of God’s love and mercy”. He urged the new Presbyter to God’s will for his life and course.

The Archbishop then briefly described the life and theology of Saint Makarios.

Finally, he referred to the many gifts that the new Presbyter has and urged him to offer everything to the service of the Church and to the salvation of his neighbor. “I have no doubt about your success and your spiritual progress. I am sure that you will look worthy of the expectations of our Archdiocese and me, your spiritual father. I thank you with all my paternal love for what you have offered so far to the Church and to me”, he noted in closing.

This was followed by the ordination of the Monk Fr. Timotheos as a Deacon who was born and raised in Brisbane. From a young age, he took an active part in the life of the Church, in the Parish of St George, and in the past year, he was ordained a monk by the Archbishop of Australia in the Holy Monastery of St George, in Yellow Rock, New South Wales.

Addressing the Archbishop, he promised to dedicate himself wholeheartedly to God, to the Church.

For his part, Archbishop Makarios urged him, among other things, to walk the path of salvation with the kindness of soul and simplicity, free from all evil and disposition of reproach, as well as to show to his fellow man all his love and humility, subtlety, and sensitivity.

In addition, referring to the persons who contributed to his spiritual progress and to the training of his personality in Christ – his parents and grandfathers, Fr. Dimitrios Tsakas and Bishop Emilianos – he urged the new Hierodeacon to “keep everything they offered you and strive to cultivate them for the glory of our Holy Church”. 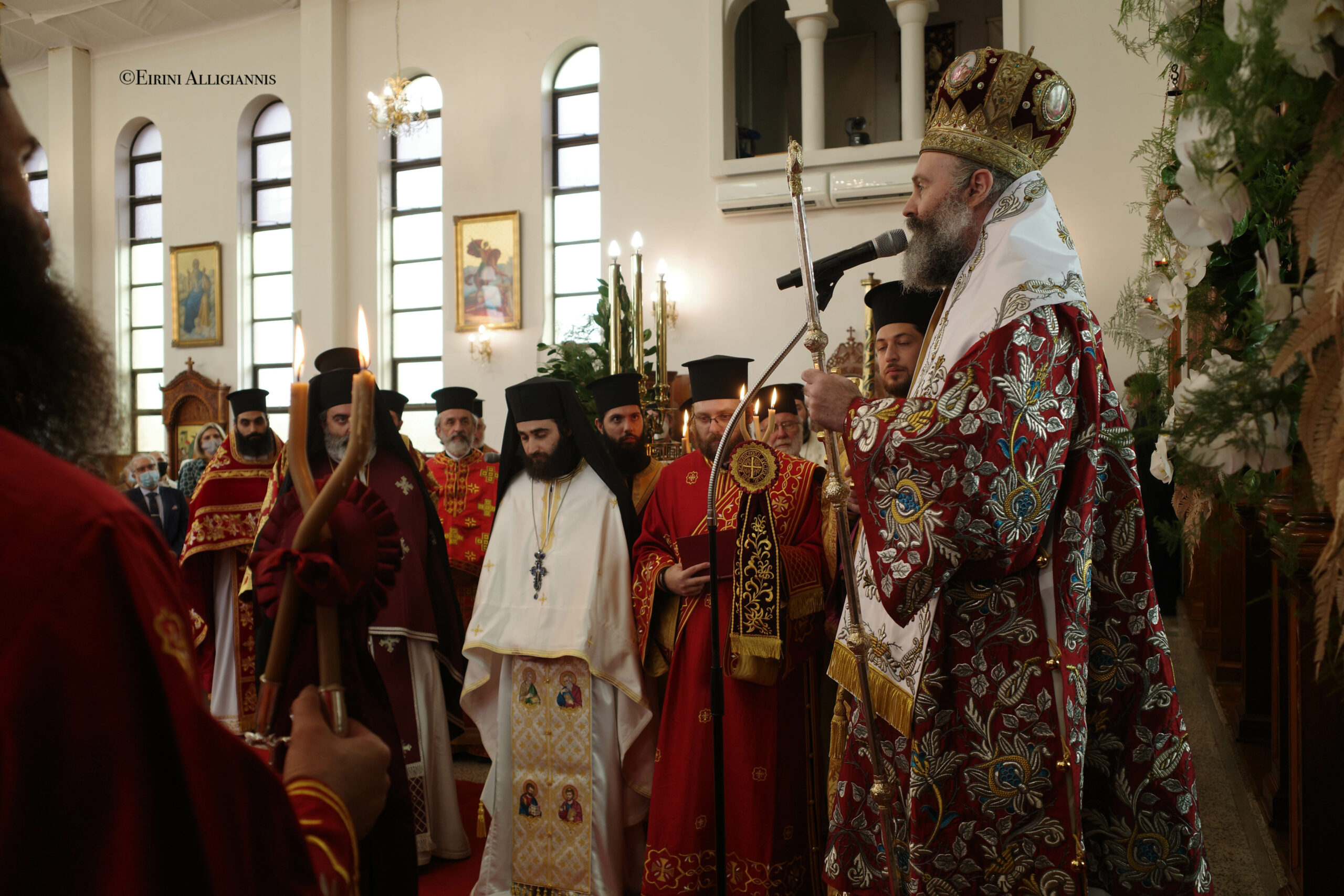 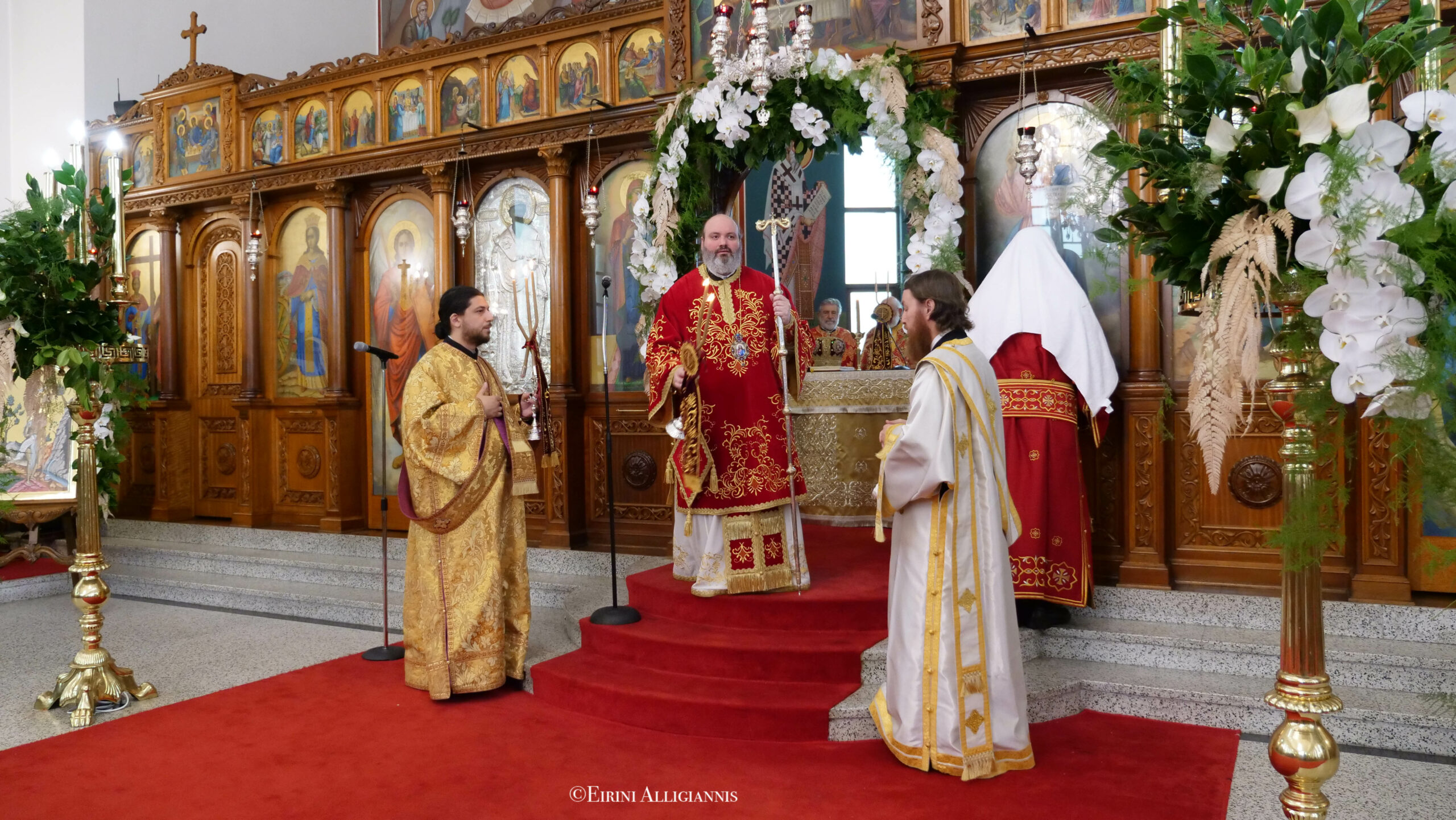 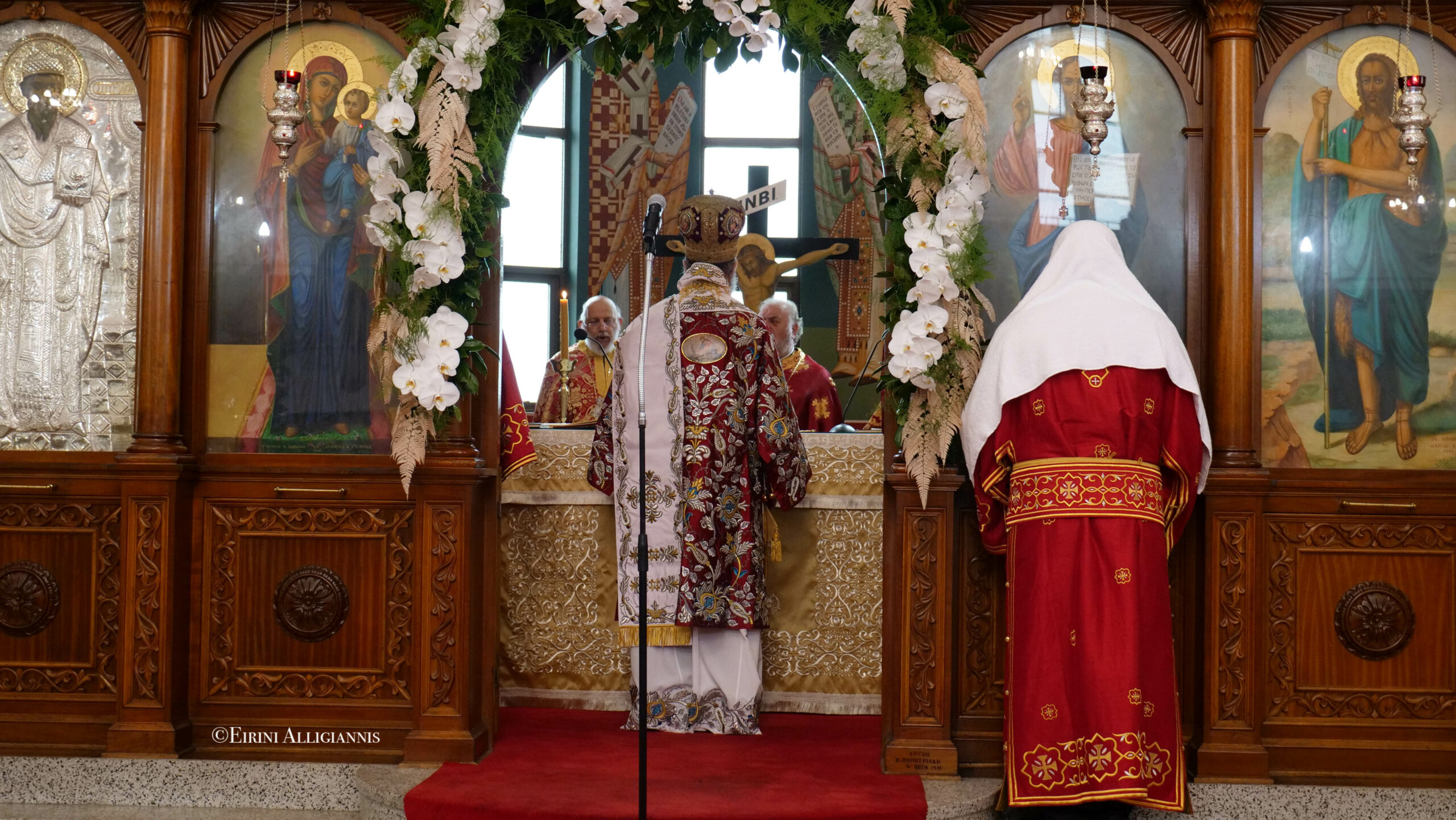 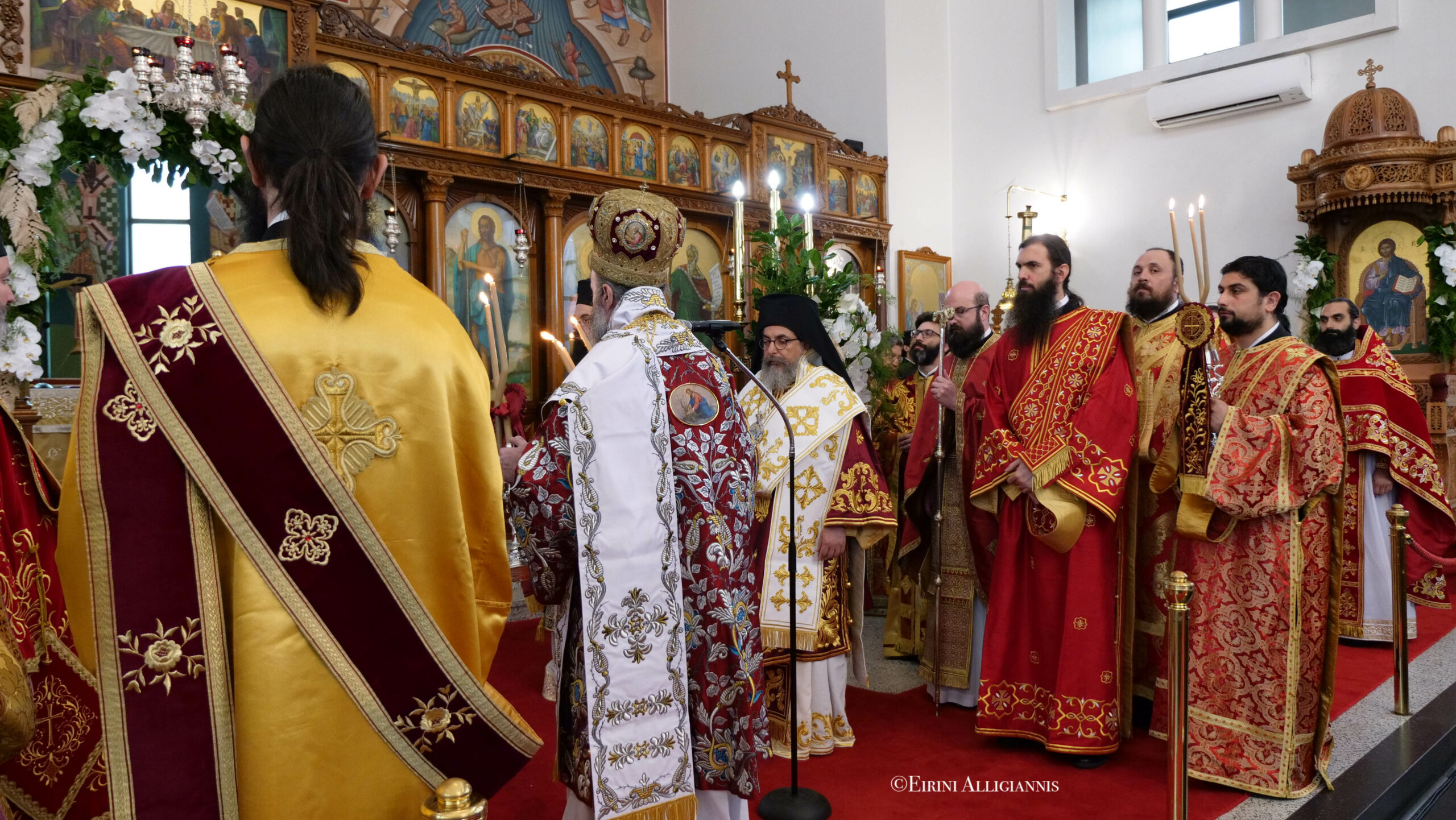 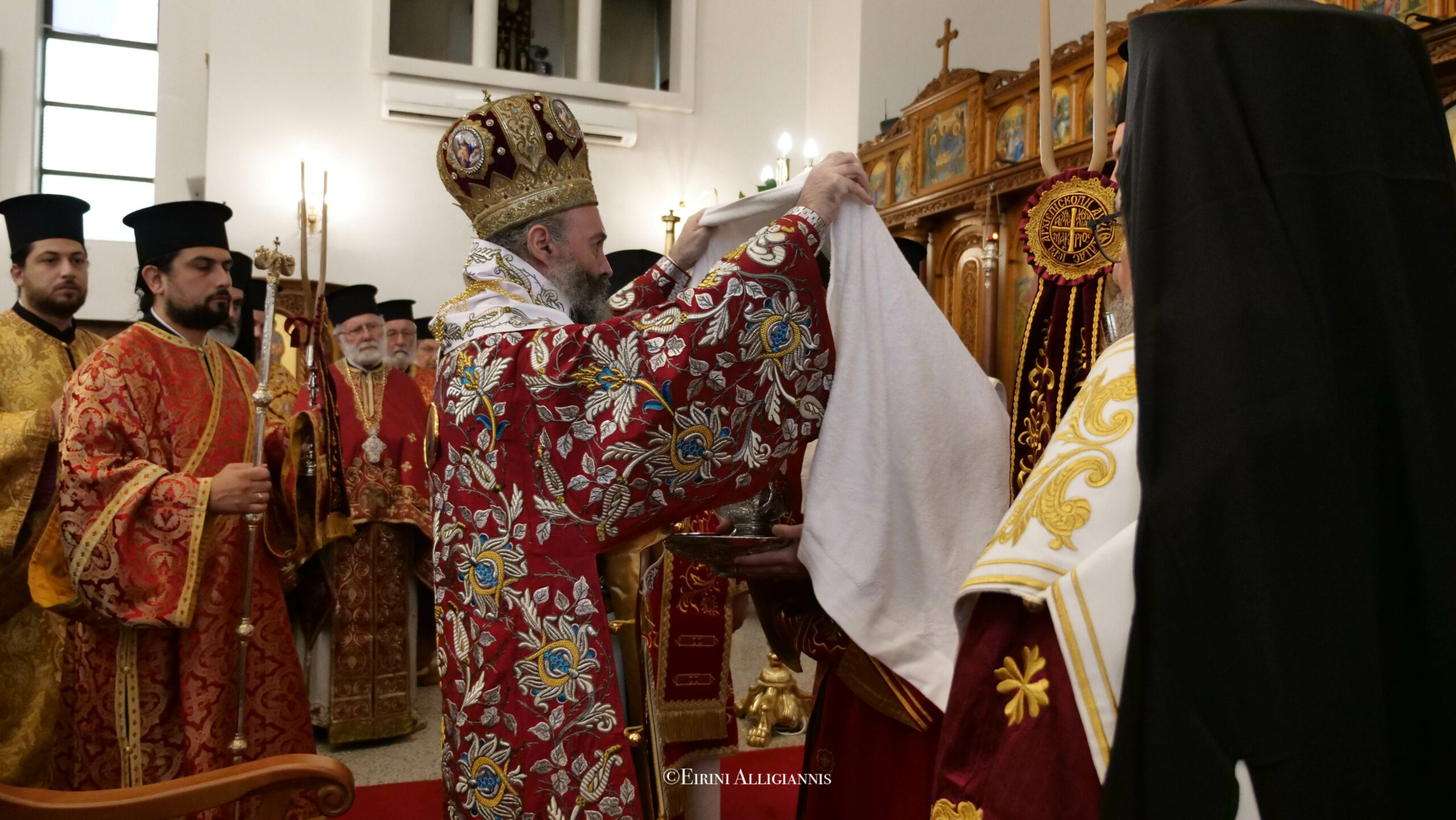 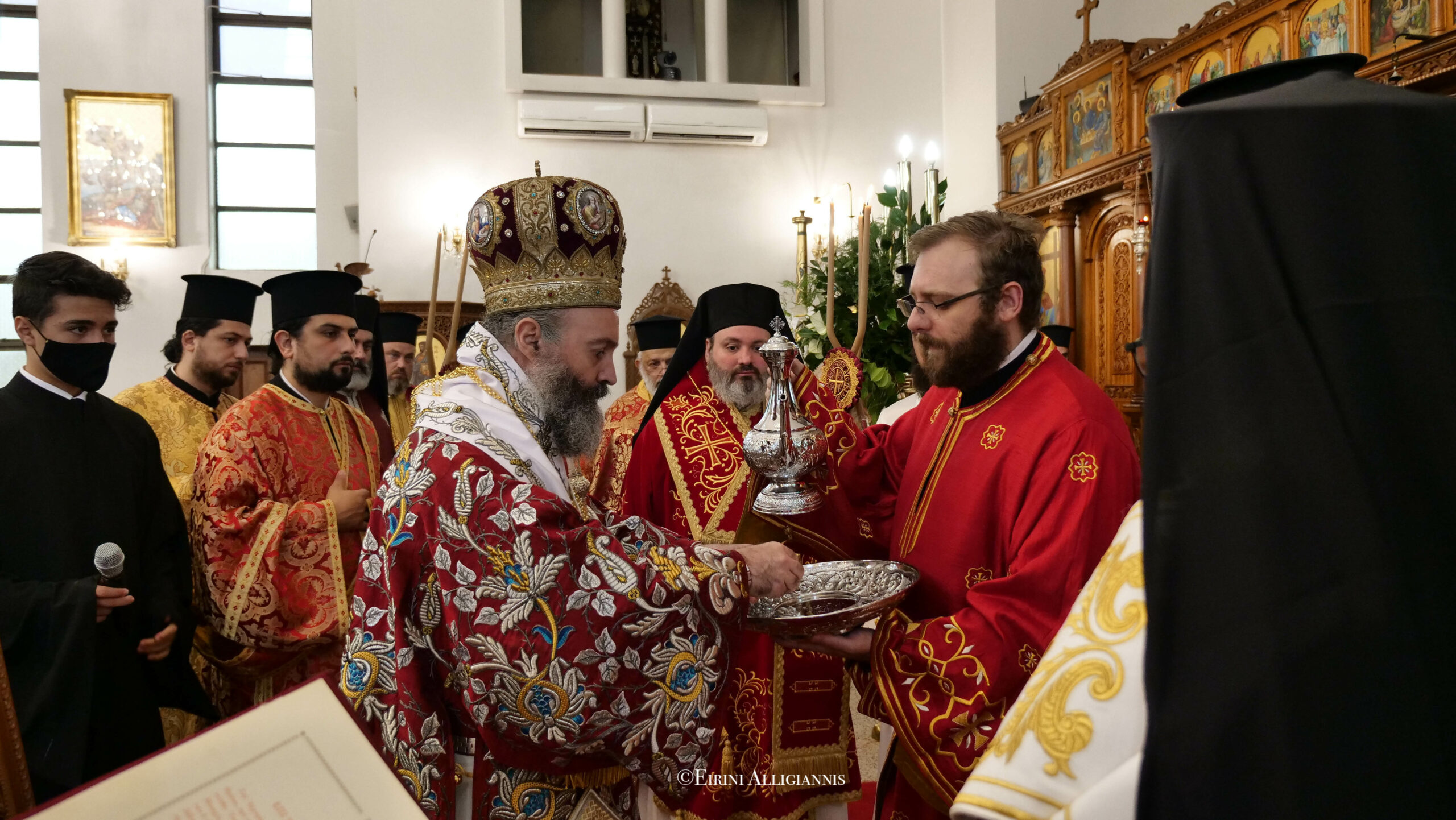 Memory of Venerable Macarius of Egypt