Apodosis of Feast of Dormition at Patriarchate of Jerusalem

On this day there is also the Procession of the Icon of the Dormition back to the Metochion of Gethsemane, opposite the Church of the Holy Sepulchre.

The Procession marched in the morning, after the Divine Liturgy at the Tomb of Theotokos in Gethsemane.

From there, the Hegoumen Most Reverend Archbishop Dorotheos of Avela carried the icon before his chest, surrounded by the Master of Ceremonies Archimandrite Bartholomew, and the clergy, with the Nuns leading the procession. They all marched through Via Dolorossa, making stops for prayer at the Monasteries of St. Stephen, The Holy Ancestors of God, Praetorion, and then at the Monasteries of St. Charalambos, Sayda Naya, and reached the crossing of the Patriarchate and the Christian Way, while the people of the Old City were cheering and singing traditional songs to the Theotokos, spreading flowers on the way of the Icon’s march.

At this crossing, Patriarch Theophilos of Jerusalem and the Hagiotaphite Entourage with Him venerated the Icon, along with a lot of people, Orthodox and Non-Orthodox Christians who were asking the intercession of the Mother of God.

From the Christian way, the Procession concluded at the courtyard of the Church of the Holy Sepulchre, where the Hegoumen Most Reverend Archbishop Dorotheos of Avela returned the Sacred Icon back to its place at the Metochion of Gethsemane, in much reverence and in a contrite prayer. The Icon will remain there until next year, protecting the people in Jerusalem and all over the world from the plague of the COVID-19 virus. 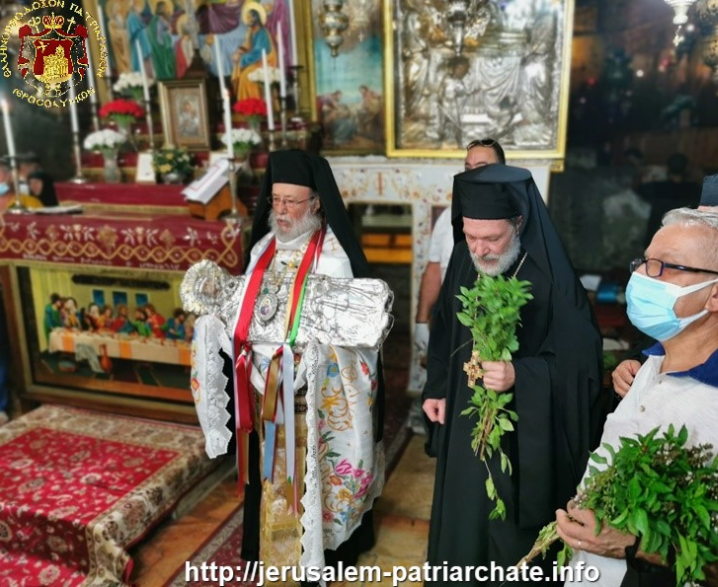 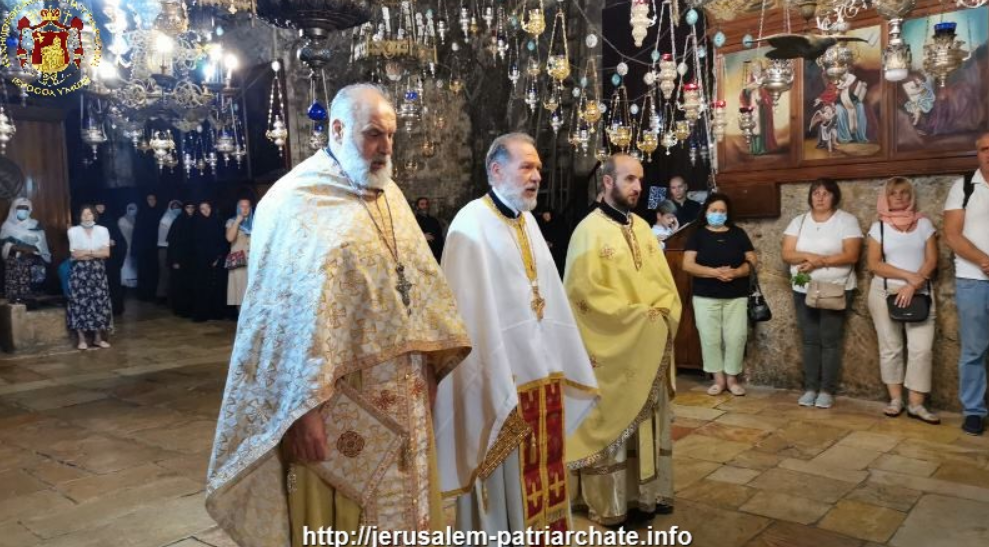 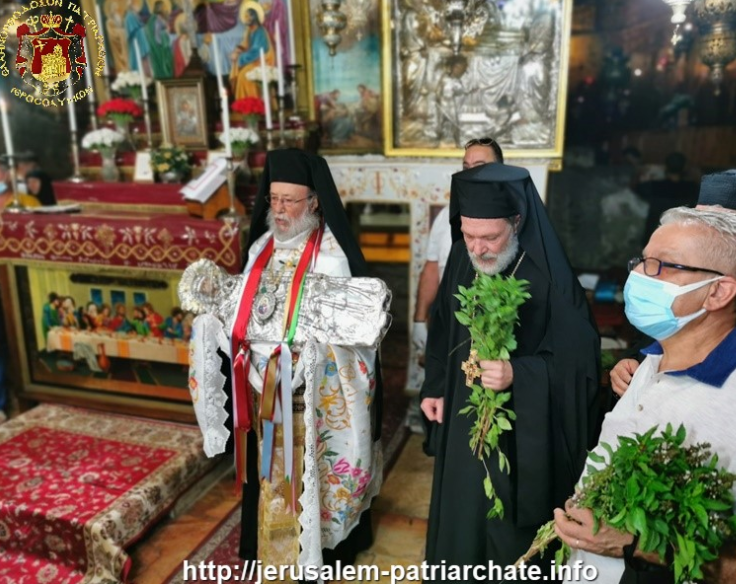 Commemoration of Holy Ancestors of God, Joachim and Anna, at Patriarchate of Jerusalem

Visit of the Patriarch of Jerusalem at the ruins of the H. Church of St. Stephen in Ramallah

Metropolitan Kyrillos of Imbros and Tenedos paid a visit to his compatriots living in Northern Greece for the first...

Government spokesperson Stelios Petsas categorically ruled out the possibility of the demilitarisation of the islands in an interview on...

The life of Gloria Buzau’s midfielder who proves that sport and faith do not make a discordant note became...