Alexis Tsipras: The reopening of Halki will be a message of friendship

“It is great joy, honour and excitement for me to be with you today, feeling that I am taking steps of historical weight,” said Prime Minister Alexis Tsipras in his speech at the Halki seminary.

Tsipras noted that he had the joy and the blessing to visit “the most important monuments of Hellenism and Orthodoxy, here in Constantinople, that now are monuments of the world cultural heritage, ecumenical monuments, and belong to all mankind.”

“But we do not overlook the fact that they are monuments of Hellenism. Monuments of Hellenism and of a Greek community; of a Greek and Orthodox minority, here in Constantinople, which has experienced very great difficulties. This minority was plagued, chased, decimated, but it did not lose its roots. It may look like a trunk of a wounded tree, but its roots exist, they breathe, they are here,” he added.

Alexis Tsipras mentioned that the Halki seminary is a school where great scholars, orthodox theologians, priests with great knowledge and a great offer, as well as great personalities who later became important hierarchs have studied, and many of them served to the patriarchal throne too, including today’s Ecumenical Patriarch Bartholomew.

Tsipras thanked the Ecumenical Patriarch who showed him around to those places where he, as a young child, at the age of 15, came from Imbros to study.

Apart from the historic visit, which coincides with an important feast for Halki, the seminary and the Greek Orthodox minority, Prime Minister Alexis Tsipras said that he was “delighted to discover that our meeting here did not bring discord, but was a motive for hope and joy.”

“The message we want to send today from this historical site is that the reopening of the Halki seminary will not bring discord, conflict or division. But it will be a message of friendship, mutual understanding and solidarity between our peoples,” Alexis Tsipras said. 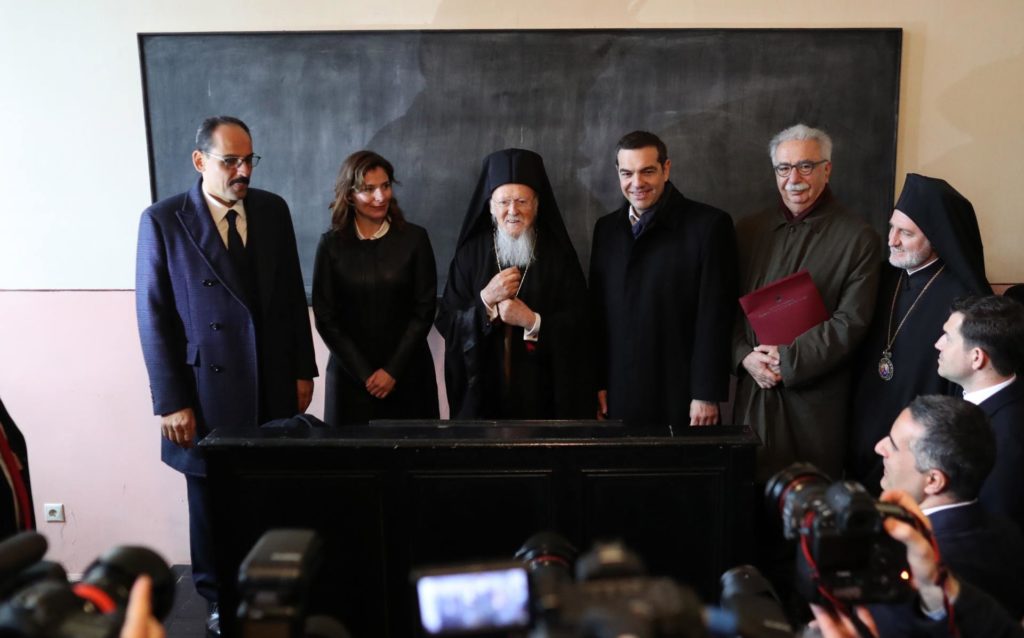 “Times are changing, but the mission of the Church of Christ remains unchanged and solid built on a solid foundation,” the Ecumenical Patriarch said.

He also prayed that the seminary would reopen.

He said that the presence of Greek Prime Minister Alexis Tsipras is highly important while he pointed out that Greece has always provided support to put an end to the injustice towards the seminary and the Ecumenical Patriarchate, wishing that the seminary will reopen someday. 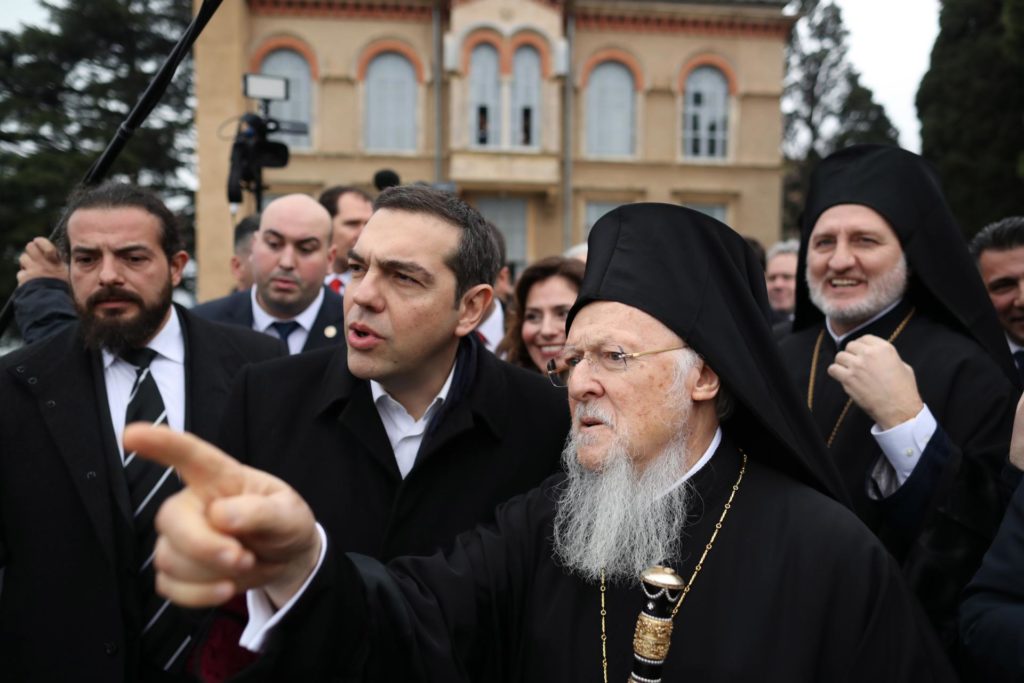