“After Constantine”: A new digital journal on Late Antique and Early Byzantine period

On June 1, 2021, the first issue of the peer-reviewed and open-access academic journal “After Constantine: Stories from the Late Antique and Early Byzantine Era” has been released.

In the journal, there are contributions from Mark Beumer, ancient historian specialized in Greek religion and medicine, Vanya Lozanova-Stancheva, Professor at the Institute for Balkan Studies και Raf Braet, PhD in ancient history at the University of the Netherlands.

The journal encourages the ecumenical dialogue between historical, archaeological, and theological subjects around the Late Antique and Early Byzantine period, especially in the East.

The academic team of the journal consists of scholars of different academic backgrounds (philology, archaeology, history, and palaeography), constructing in that way its interdisciplinary profile and supporting the submission of relevant papers.

With the combination of the interdisciplinary character and the online and open-access feature of the journal, we attempt to re-introduce Late Antiquity to the contemporary world and enrich the academic bibliography.

“After Constantine” is hosted and published by the Orthodox Academy of Crete (OAC), an entity that operates under the spiritual auspices of Ecumenical Patriarch Bartholomew. 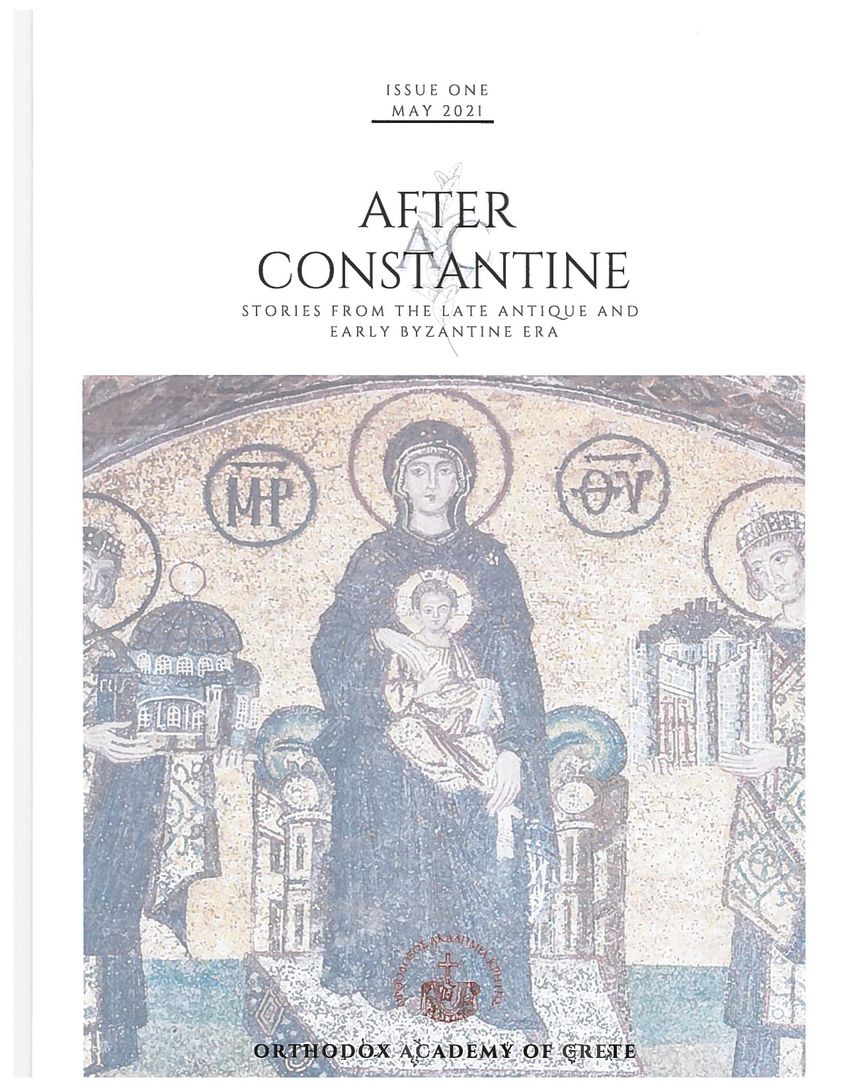 ‘Look across’ to Keros, a settlement that began 4500 years ago, at the Athens Municipal Gallery