On June 18, Patriarch Theodore II of Alexandria and All Africa visited Pope Tawadros II of Alexandria, on the occasion of the 50th anniversary of the construction of Saint Takla Church of the Coptic Orthodox Church.

The meeting took place at the Seat of the Coptic Orthodox Pope of Alexandria, in the presence of the Patriarchal Commissioner, Metropolitan Narcissos of Accra.

During the meeting, the two Primates had the opportunity to discuss and exchange several thoughts, views and concerns about the relations of the two Churches in Egypt, the present image and Christian presence in the Middle East region, and the help and direct aid, as mass migration and minimization of Middle Eastern Christians are observed.

They also discussed extensively about the co-operation and the forthcoming meeting in Egypt of all heads of the Christian churches in the Middle East, in order to discuss burning issues, such as the future of Christians in the Middle East and the problem of refugees. 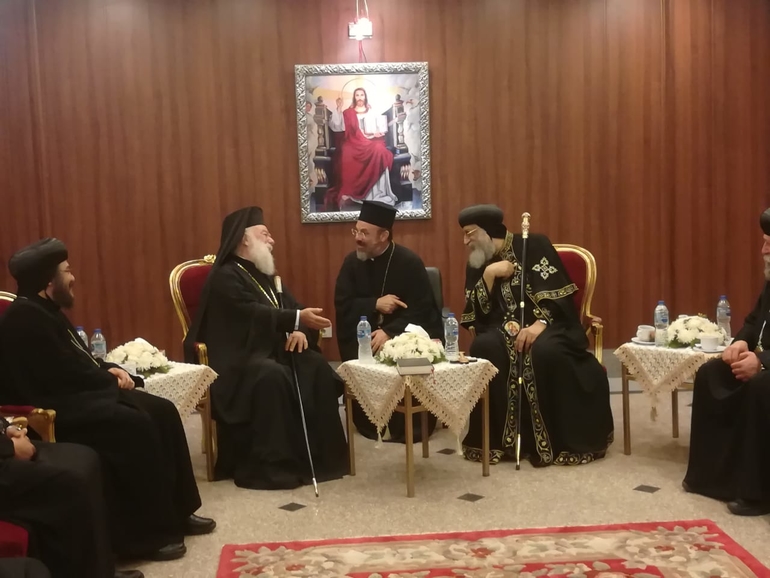 Archbishop Elpidophoros: I come to serve, and not to be served