The Community of Stavrodromi, in Constantinople, in the garden of the Holy Trinity, erected a small monument, dedicated to the 30-year anniversary of the glorious patriarchy of Ecumenical Patriarch Bartholomew, as a sign of immense respect, honor, and love for Him.

Specifically, it is a Swiss watch, of high precision, while the historical chimney that existed at the point was used as a base of support.

In addition, the bell of the clock was offered by the Catholic clergy of St. Anthony of Padua and it is the bell that belonged to the first ferry-bot of the line of Imbros, the Gökçeada, in 1974.

Finally, at the top of the clock, there is a copy of the medal with two sides, created for the patriarchal anniversary of 30 years, while on the base there is an inscription in four languages reminiscent of the event. 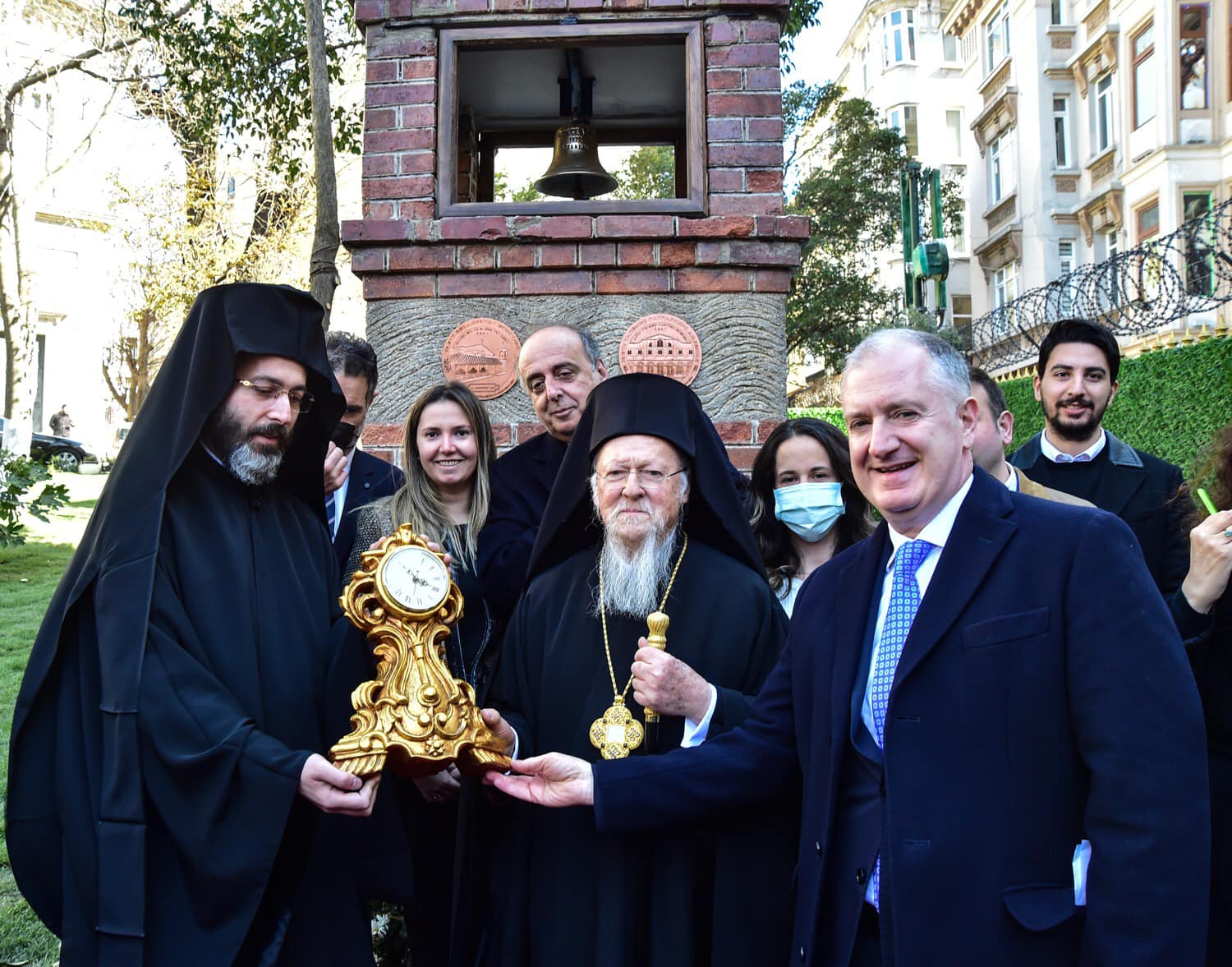 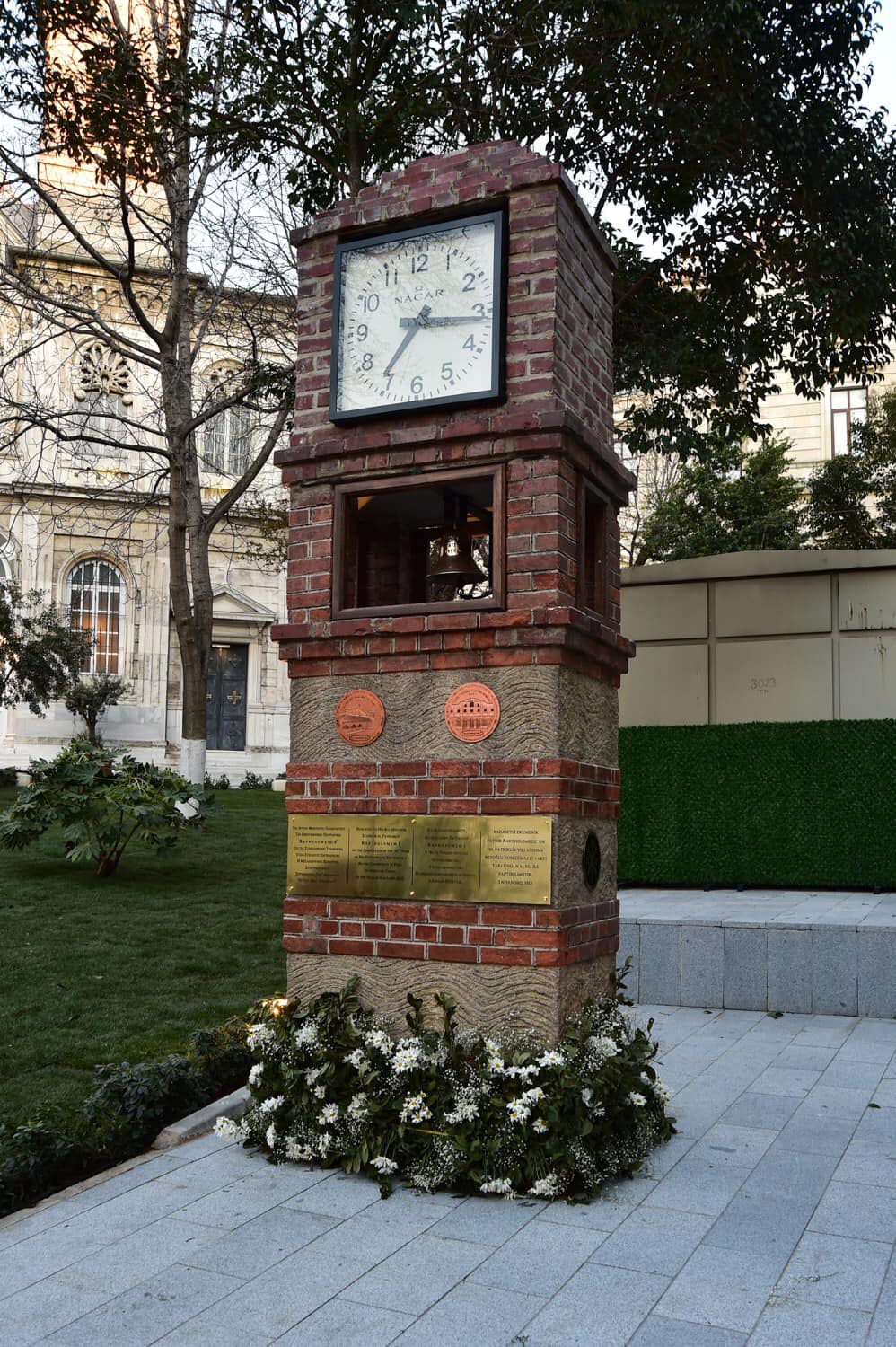 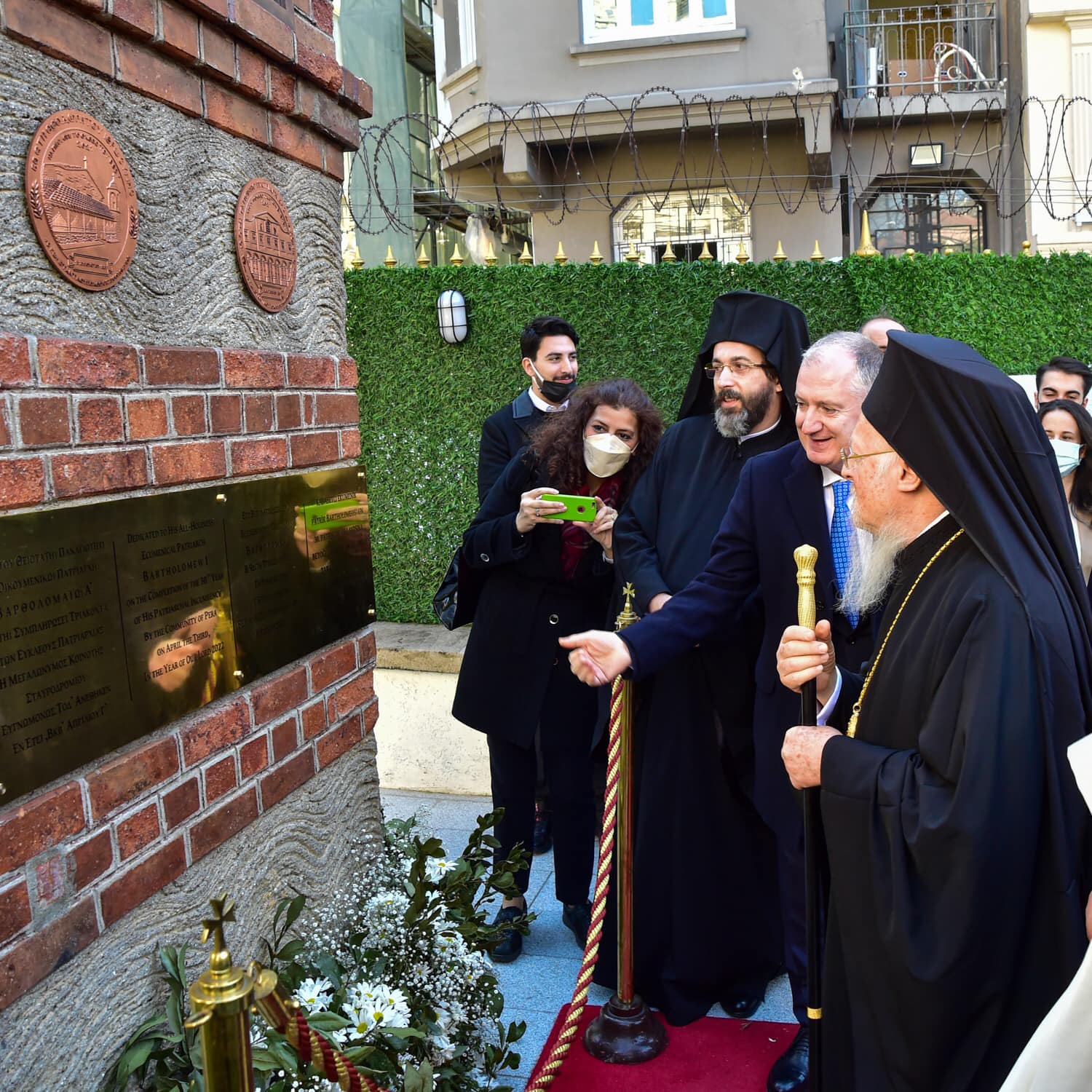 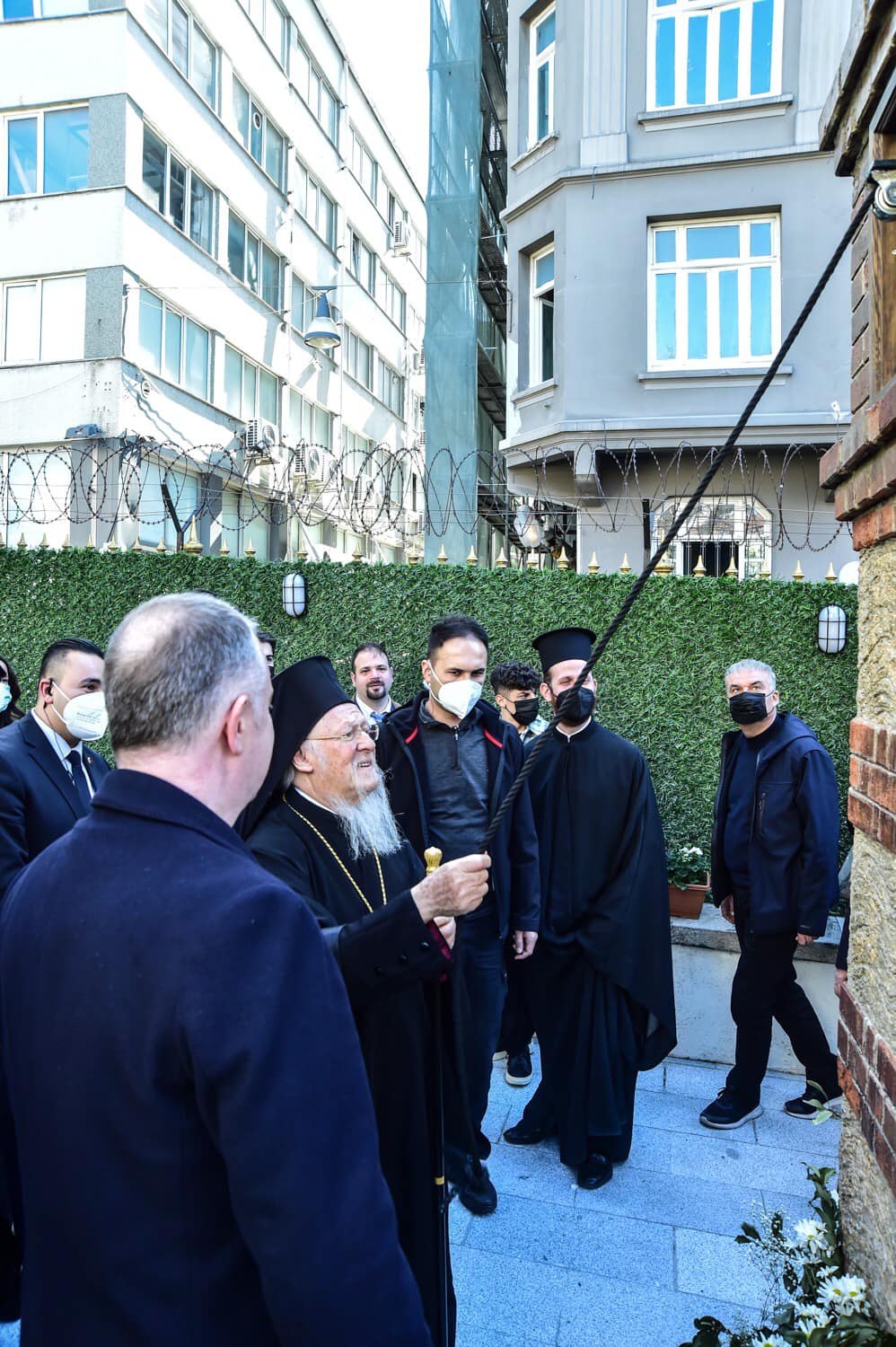 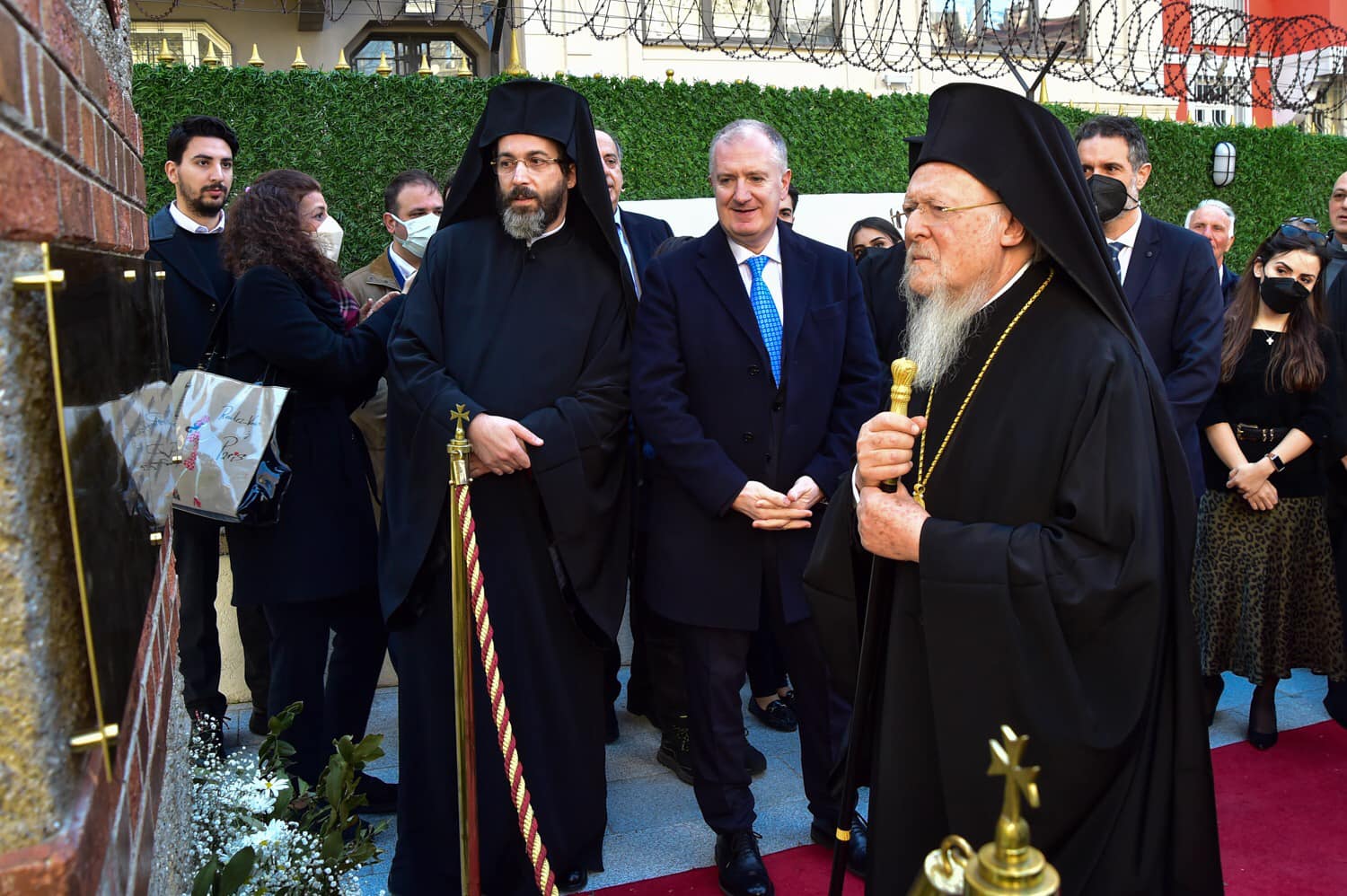