On the morning of Thursday, June 16, 2022, a ten-member Parliamentary Delegation under the former Minister of Justice and current member of Parliament Natalia-Elena Intotero visited the Patriarchate of Jerusalem, accompanied by the Ambassador of Romania in Israel Radu Ioanid and the Ecclesiastical Delegation in Jerusalem, Archimandrite Theophilos and Archimandrite Ioannis.

The Delegation was received by Patriarch Theophilos of Jerusalem and Hagiotaphite Fathers. The visitors expressed their joy for their visit to the Holy Sepulchre and the Patriarchate, for the internationally recognized pacifying work of the Patriarch of Jerusalem, and for the protection of the Romanian pilgrims.

Replying, the Patriarch informed the Delegation members about the pacifying work of the Patriarchate in the ongoing political situation in the Middle East and the Holy Land, especially when facing the challenges of the radicals who have seized Christian property.

For this visit, on behalf of the Delegation members, Intotero offered the Patriarch a photo Album with pictures from Romania and a ceramic vase, while the latter offered a silver painting of Jerusalem, icons of the Sacred Edicule and the Theotokos, and blessings for the other visitors. 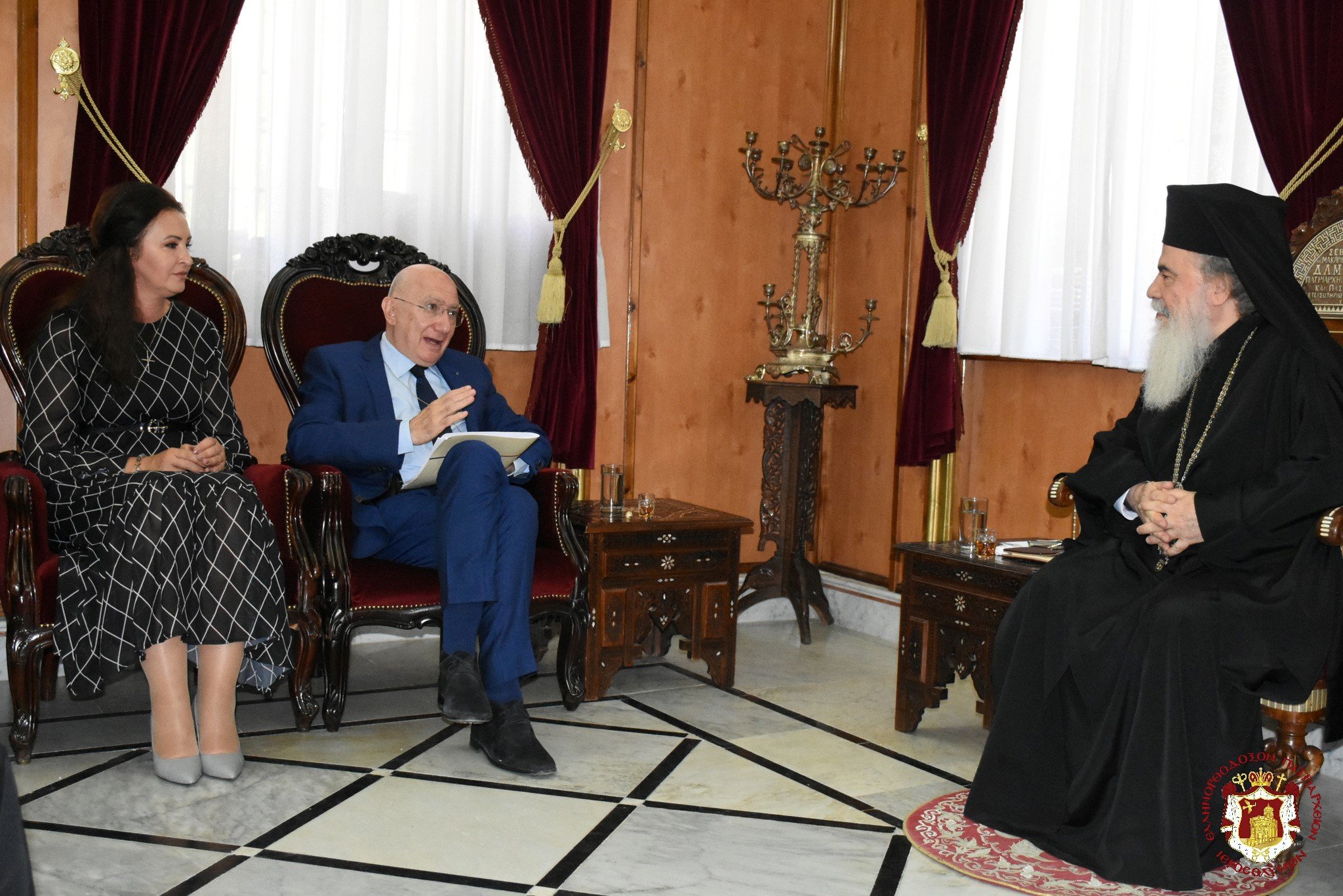 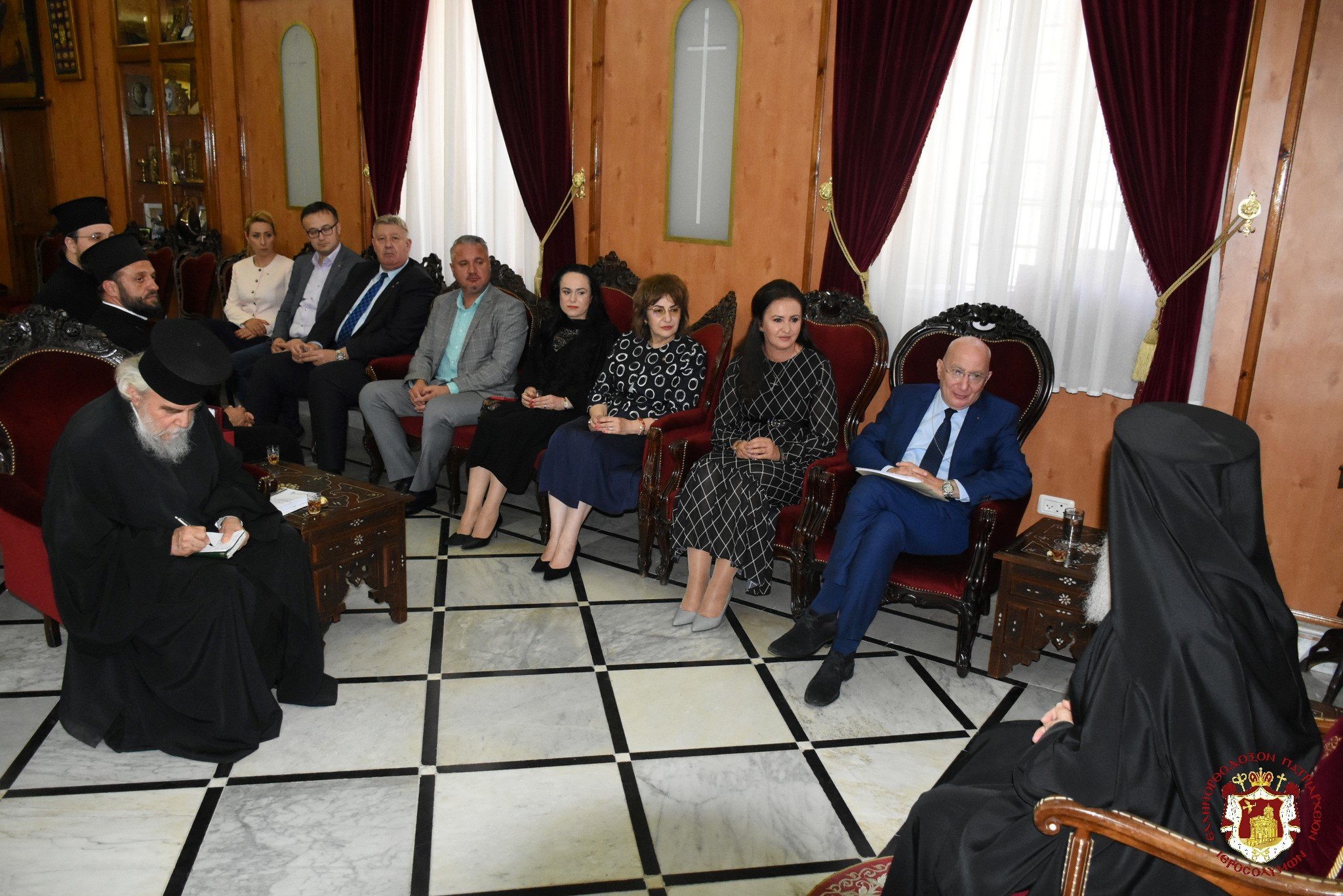 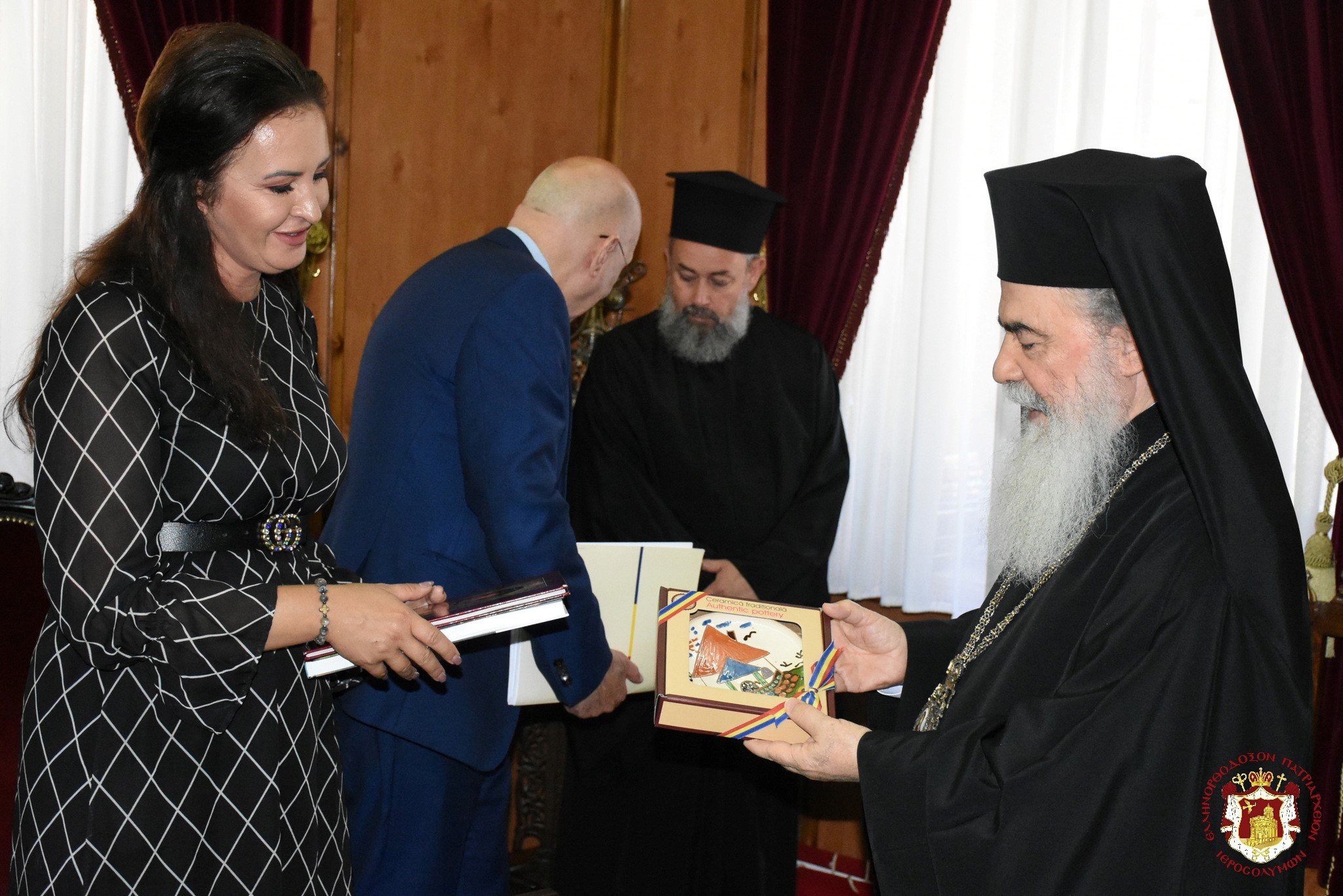 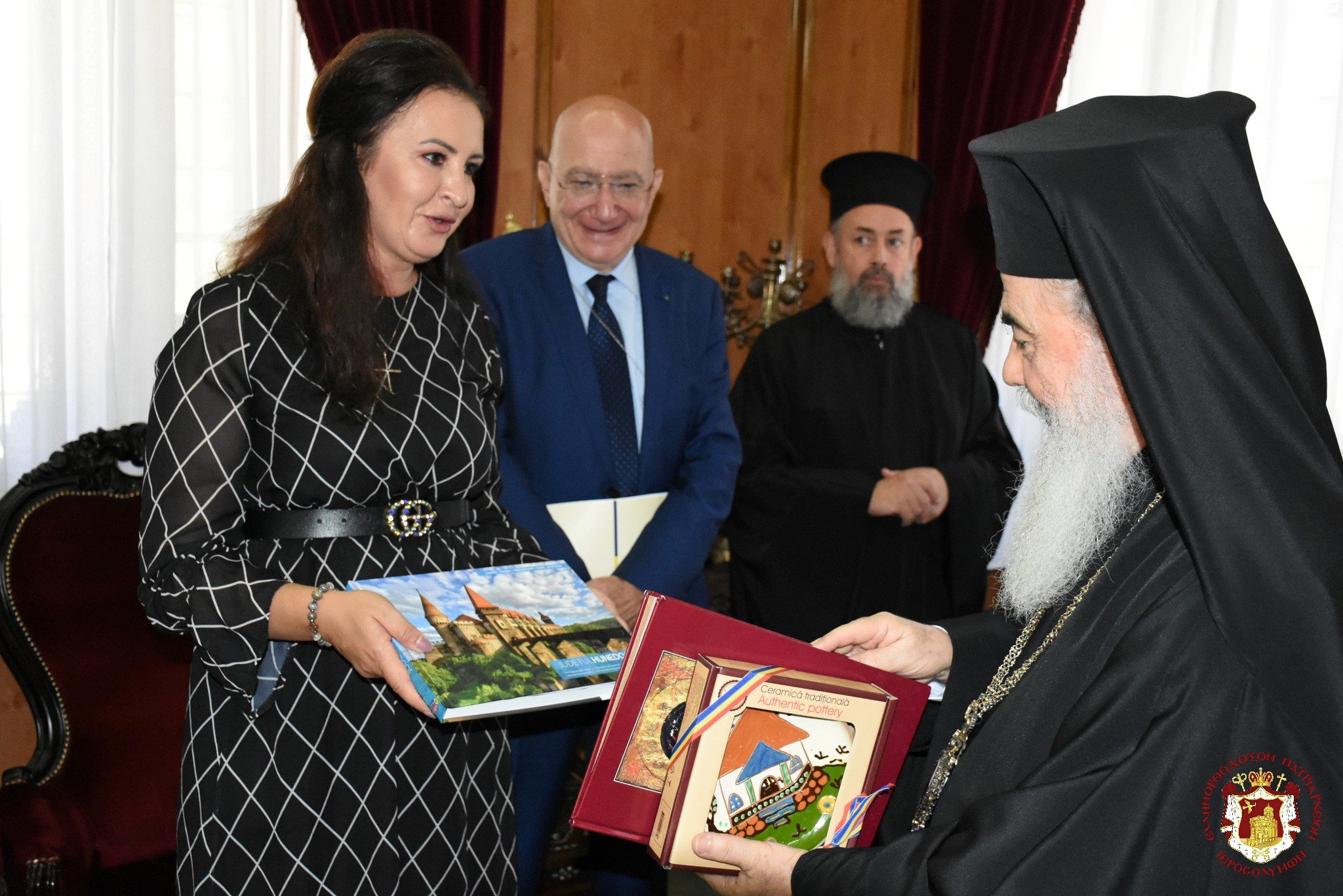 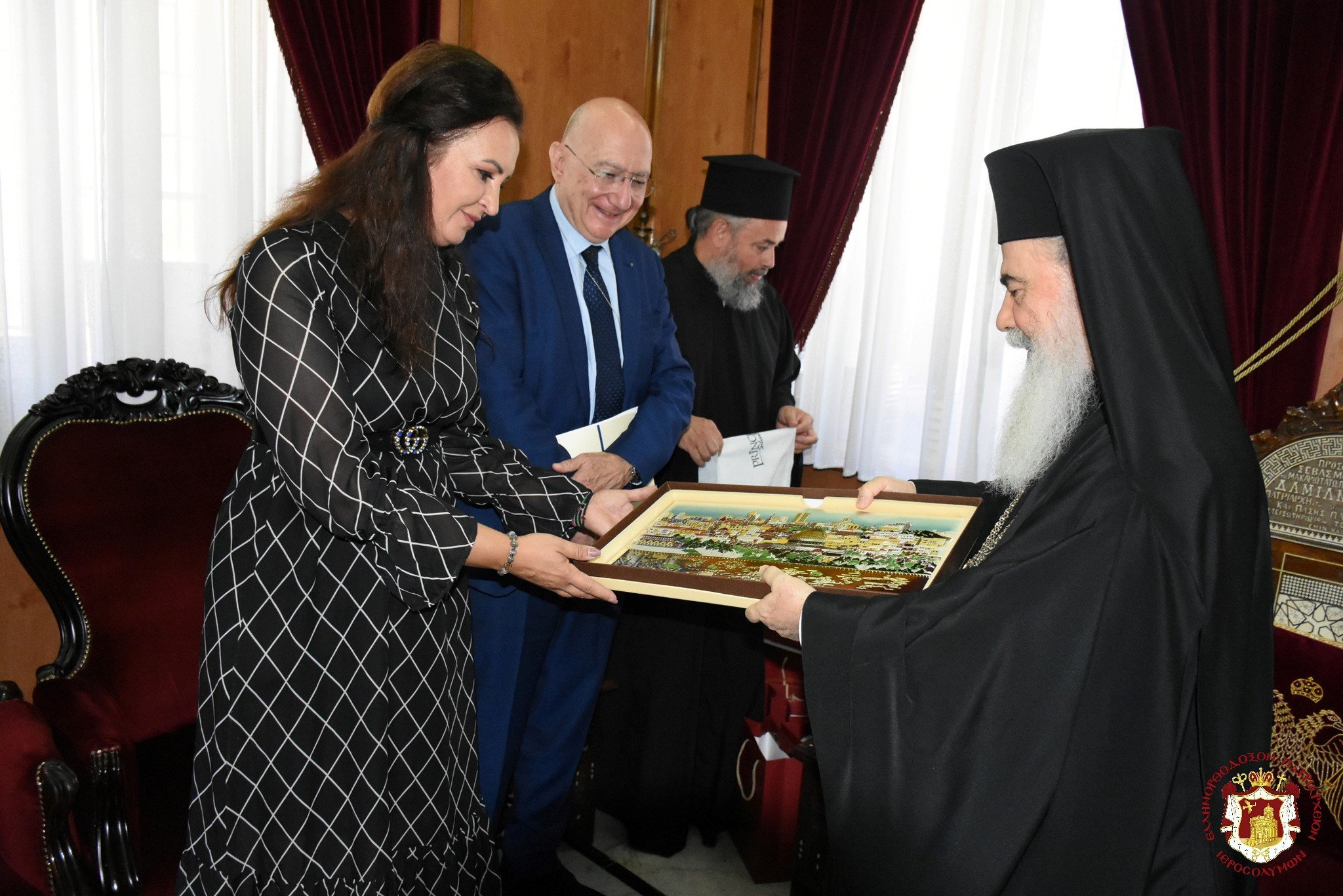 Archbishop of America: Your dedication to the life of our parishes is vital to our progress as a Church