A Divine Liturgy in Vourla, Asia Minor, after 97 years

The first Divine Liturgy in front of the first High Altar in Vourla, Asia Minor, which has been now re-established since 1922, was held on Friday by Metropolitan Panteleimon of Vryula.

Apparently moved by the experiences he lived during his visit to his eparchy, the Metropolitan of Bryula spoke to orthodoxia.info about his journey “to this tortured eparchy of the Ecumenical Throne.”

“I cannot describe to you the emotion and my feelings of what I lived on my journey to my blessed eparchy, Vourla of Asia Minor. I will always be grateful to Ecumenical Patriarch Bartholomew and the Holy and Sacred Synod of the Mother Church for electing me as Pastor of this eparchy of the Ecumenical Throne which has suffered many martyrdoms,” Panteleimon said.

The Metropolitan of Vryoula also spoke of the votive offering he made when his election was announced and about its recent fulfilment. “Since my election, I promissed Panagia of Vryoula and the two New Martyrs Saints Nektarios and Michael, to light the candles in front of their icons again and to pray for the souls of our Orthodox brothers whose relics are resting in the land of Erythrae in Asia Minor,” Metropolitan Panteleimon said.

In this chapel, on Friday, he celebrated “with a profound emotion, my first Divine Liturgy before the first Altar, as for the first time since 1922, in the city of Vryoula, after 97 years, the Trisagion Hymn and the Great Paraklesis to the Most Holy Theotokos, Panagia of Vryoula, were heard again during the Divine Liturgy.”

However, the metropolitan of Vryloula adds that the ultimate goal is that the local authorities will give us the church of St. Nectarius in the coast of Vryoula, which is now-ruined, and that he intends to repair it himself with the help of the faithful. 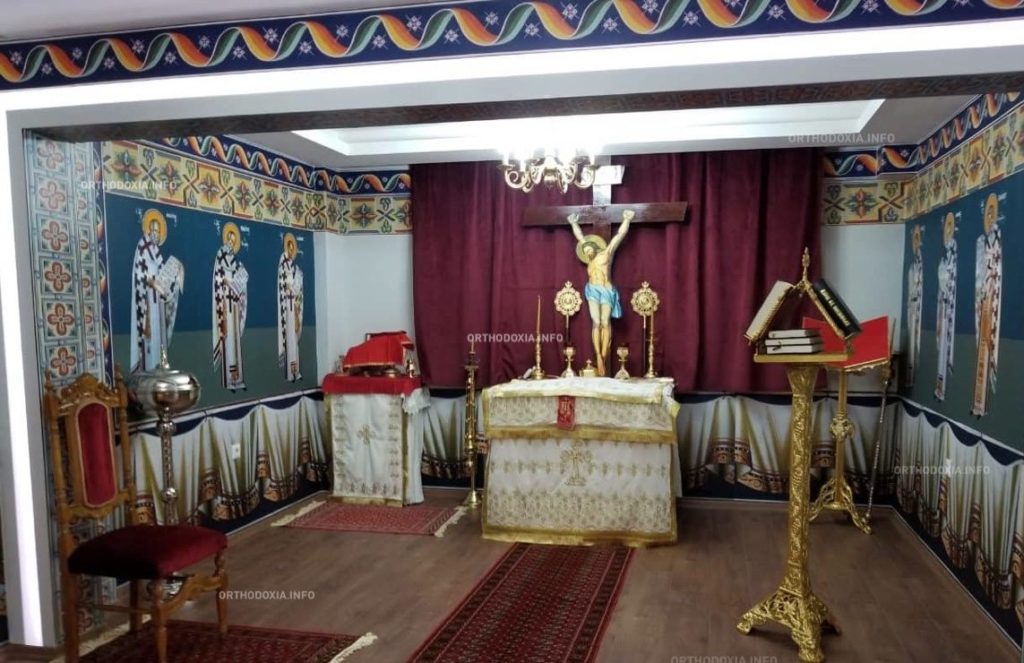 48 years since the death of Ecumenical Patriarch Athenagoras

The Consul General of France in Constantinople to the Ecumenical Patriarch

On July 18, the enthronement of the new Metropolitan of Imvros and Tenedos by the Ecumenical Patriarch

The EU Foreign Affairs Council (FAC) condemns Turkey's decision on Hagia Sophia and calls on the Turkish government to...