On November 2 and 3, Metropolitan Daniel of Axomi paid his first pastoral visit to the expatriate Orthodox in the second populated city of Ethiopia, Dire Dawa.

On Saturday, November 2, shortly after arriving in the city, a visit was made to the shrine to the Archangel Gabriel in the Kulibi area.

Archangel Gabriel is the patron of all the Ethiopians and his temple is a venerable remembrance of the last Ethiopian Emperor Haile Selassie.

On Sunday, November 3, in the presence of the few Greek Orthodox in Dire Dawa, an archieratic Divine Liturgy was celebrated after decades.

The Metropolitan of Axomi, in his speech, referred to the centuries-old presence of Greeks in the city, who, with the exhortation and assistance of the blessed Great Benefactor of the Parish, Stylianos Vololakos, built the Holy Temple of the Holy Trinity, as well as the Greek School, an event hall, etc.

The President of the Greek Community of Dire Dawa, George Georgalis, thanked everyone for their presence in the city, and especially for the celebration of the Divine Liturgy.

Then, Metropolitan Daniel honoured the President of the Greek Community for his contribution to Hellenism and the Church, as well as Eleni Papatakis, who, for many decades, until today in her old age, has cared unselfishly for the temple. 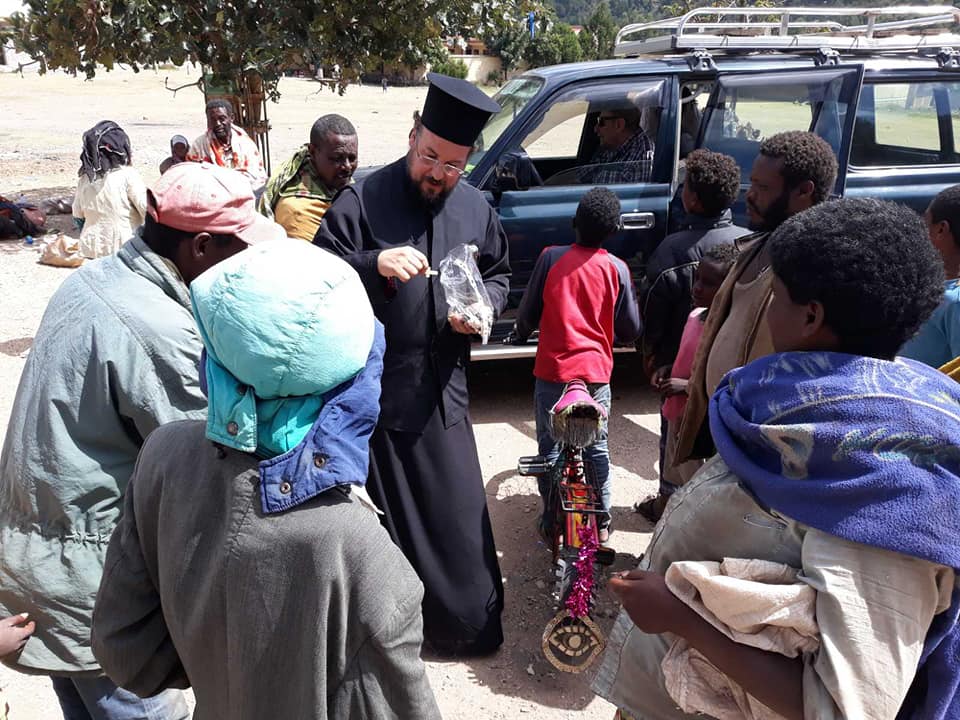 New chapel of Panagia Portaitissa was established in Kananga

Patriarch of Alexandria to graduates: May you spread light of Orthodoxy, Hellenism to your homelands in Africa

Students of the Hellenic Bible Society at the Archbishop

Metropolitan Kallistos: We should return to the world after the Liturgy, seeing Christ in every human person

"Let us go forth in peace" is the last commandment of the Liturgy. What does it mean? It means,...

Christ Prays For Our Perfect Joy

These words spoke Jesus, and lifted up His eyes to heaven, and said, Father, the hour is come, glorify...

"Desire For Freedom' is the title of large-scale digital projections that will be performed on key public buildings at...

Faithful from Bursa visited Ecumenical Patriarch on his name day

On Friday, June 11, 2021, on the occasion of the name day of Ecumenical Patriarch Bartholomew, and with the...

Metropolitan Ioakeim of Bursa presided over the Vespers for the Sunday of 318 Fathers of the First Ecumenical Council...

The Synaxis of the Theotokos “Axion Estin” and the name day of the Ecumenical Patriarch was jointly celebrated with...