A delegation of the US House of Representatives visited the Phanar

Ecumenical Patriarch Bartholomew received an official delegation of the US House of Representatives, headed by the Chairman of the Foreign Affairs Committee, Gregory Weldon Meeks, on Saturday, July 9, 2022.

During the meeting, the members of the U.S. House of Representatives had the opportunity to discuss with the Ecumenical Patriarch issues of mutual interest. Particular reference was made to the initiatives of the Ecumenical Throne to raise awareness of the global Public Opinion of the need to preserve Creation and protect the natural environment, while the Patriarch also referred to his visit to America last autumn, during which he met with the US President, Joe Biden, as well as with the Minister of Foreign Affairs of the United States of America, Antony Blinken, and with the Speaker of the United States House of Representatives, Mrs Nancy Pelosi.

The meeting was attended by the Second Deacon Alexander, and the Third Deacon Kallinikos, the Patriarchal Deacon, Ieronimos Sotirelis, as well as the Archon Master of the Nation, Konstantinos Delicostantis, Director of the First Patriarchal Office. 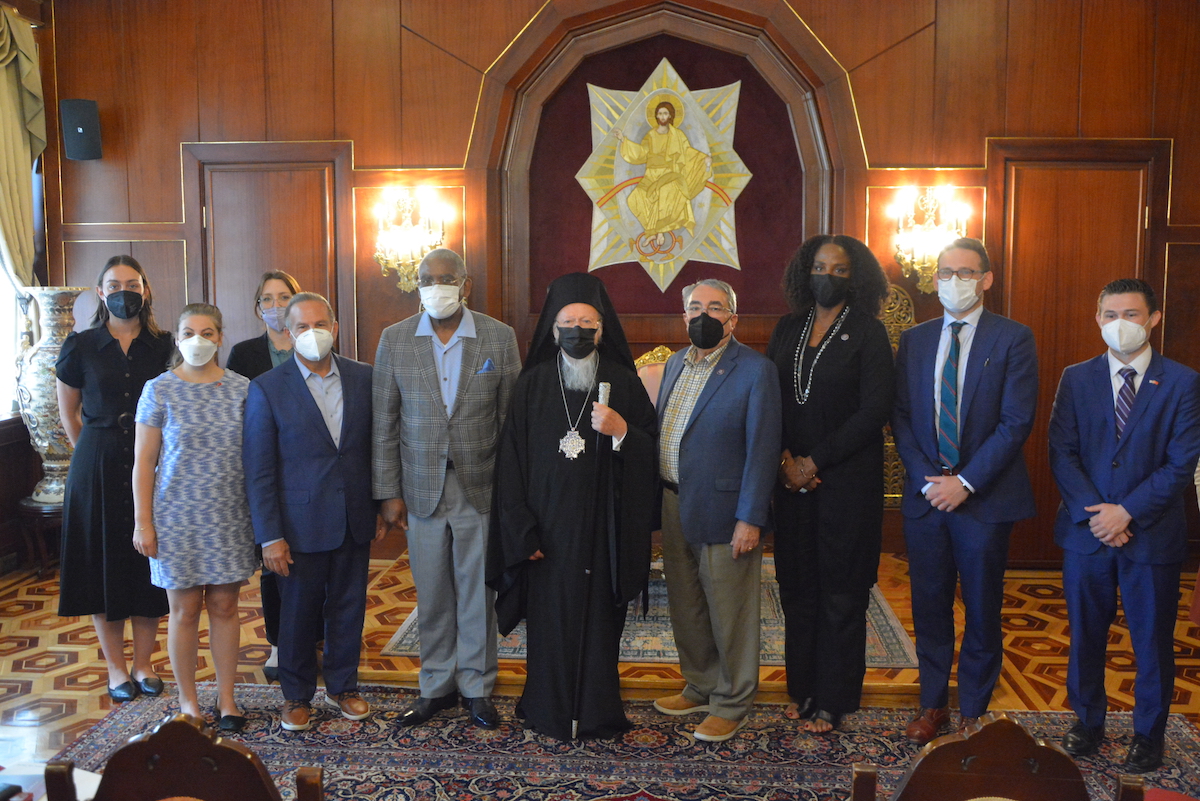 Environmental conference held at the Theological School of Halki (PHOTOS)

Ordination of new Deacon in the Archdiocesan District of Northcote, Victoria